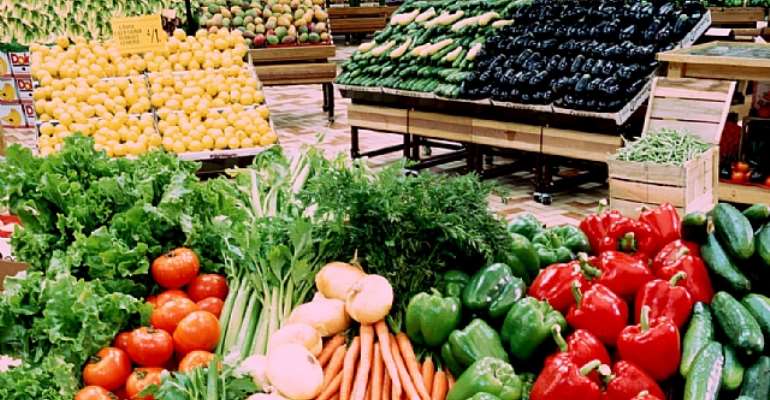 Madam Adwoa Gyaama is a subsistence Farmer in the Ashanti Region, and farming has been her source of livelihood although she claims the business is unprofitable.

Madam Gyaama explains that farming is the main source of income that caters for every need of her family and was waiting to hear pragmatic steps being taken by Government towards the improvement of agricultural productivity this year in the 2013 Budget Statement.

However, to the 58-year-old widow's great disappointment, she found nothing new or encouraging on the government's part to improve the lots of farmers in the budget which she described as lacking innovation.

“I have been using traditional methods in farming for years and with many assurances from Government I was expecting to hear practical measures put in place to support farmers in order to boost agricultural production in the country, but nothing of that sort was announced”, she lamented.

Buying improved seeds such as hybrid varieties is a serious challenge for me, as a poor peasant farmer.

Furthermore, the application of poor farming techniques as well as the erratic and unpredictable rains has seriously affected my capacity to increase productivity and consequently leading to unforeseen loss of income.

Madam Gyaama stressed that she wanted Government to come out with specific pragmatic measures aimed at supporting farmers to boost agricultural productivity and give hope to farmers and Ghanaians in general.

At a News Conference by the Progressive People's Party (PPP) a day after the presentation of the 2013 Budget, the Party lamented that the Budget presented by the Minister of Finance & Economic Planning, Hon. Seth Tekper lacks substance because the Minister did not introduce anything new in his statement.

Mr. Kwabena A. Okyere from the PPP noted that the 2013 Budget clearly was selling an ideological mission to the Ghanaian rather than practical solutions to the problems of the country.

According to Mr. Okyere, Ghana needs to move from being an exporter of raw materials, grow more of what its people eat and become less reliant on external “donors” for the funding of its development projects and programmes.

He stressed that the 2013 Budget failed to set the country on the path of structural transformation and self-reliance.

He explained that available data shows that rather than expanding, the agriculture sector of the economy has seen a steady decline in growth from 7.4% in 2008 to 0.8% by 2011.

“Although Seth Terkper said in its budget presentation that an improvement in growth in the Agriculture Sector from 0.8 per cent in 2011 to 2.6 per cent in 2012 was partly due to the prudent policies and strategies such as the scaling-up of the fertilizer subsidy, agricultural mechanization and the livestock and fisheries development programmes, we in the PPP is ashamed and clearly want to tell the Finance Minister clearly that the sector used to do better than this poor performance. If he calls this as an improved performance of the Sector then we do not know what he is talking about”.

Explaining further, Mr. Okyere said the 2013 Budget estimates for 2012 showed a GDP growth of 7.1 percent over the 2011 revised estimates. The Services sector, which is also the largest sector, recorded the highest growth of 8.8 percent, followed by Industry (7.0%), with Agriculture recording the lowest growth of 2.6 percent.

Though the estimates show an improvement in the growth of the Agriculture sector compared to 2011 which was only 8 percent, its contribution to the economy continues to decline, with its share reducing from 25.6 percent of GDP to 23.1 percent.

According to Mr. Okyere crop production, excluding cocoa, registered less than 2.0 per cent growth in the last two years, while the fisheries sector saw a significant decline in growth from 17.4 per cent in 2008 to 8.7 percent in 2011.

The growth in the fisheries sector currently is however negative while industrial growth, excluding the oil sector has not much better, recording a decline fared. In 2008 the sector recorded a growth of 15.1 percent which dropped to 4.5 per cent in 2009, 6.9 per cent in 2010 and 14.1 per cent in 2011.

“The question that we should ask ourselves as Ghanaians is why these sectors are not growing at much faster rates than they were when we had no oil and following the significant increase in cocoa and gold prices?”

“What we need to find out is how Ghana could create jobs when critical sectors of the economy like agriculture are not growing?”

The PPP believe that the NDC Government owes Ghanaians a well prepared, clear and specific budget that would explain vividly the country's policy on Agriculture and other sectors.

The New Patriotic Party (NPP) Members in Parliament (MPs) also described the budget as a “cut and paste document”.

According to the NPP, the expectation of Government was that the agricultural sector would have grown by 4.8 percent, but the sector grew by just 2.6 percent as against the growth of 8 percent under the NPP Government.

They, however, claimed that the main objective of the Government's agricultural policy is to promote the use of technology to improve the sector and that key interventions would include the adoption of livestock production technologies, agricultural mechanization, irrigation development, subsidies on fertilizer, seed improvement, quality standardization and the implementation of modern buffer stock management techniques.

Food security, which refers not only to the availability of food but also the accessibility of food by ordinary people, continues to be one of Ghanaian's greatest challenges according to the NPP.

In recent times, the consideration of various methods and factors such as the use of fertilizer, Genetically Modified Foods (GMOs), extension of farmer services have been on the top lists of the agenda of Governments, policy makers as well as some agricultural experts in most African countries.

Unfortunately, the 2013 Budget did not cover much on agriculture.

According to the Finance Minister, with the exception of Forestry and Logging sub sector, all the other sub-sectors recorded higher growth rates than those of 2011, with Crops and Fishing sub-sectors making the largest contribution to agricultural output in terms of shares.

He explained that the low growth in Forestry and Logging sub-sector can be attributed largely to the: decline in the re-aforestation programme which started in 2010; and the reduction in the number of permits awarded to timber contractors and the effective enforcement of the ban on illegal logging activities in pursuit of environmental sustainability.

However, much was not heard about the agricultural sector in the 2013 Budget presentation and this has led to the posing of many unanswered questions on whether the government really priorities the sector which employs more than half of the population and caters for their needs.