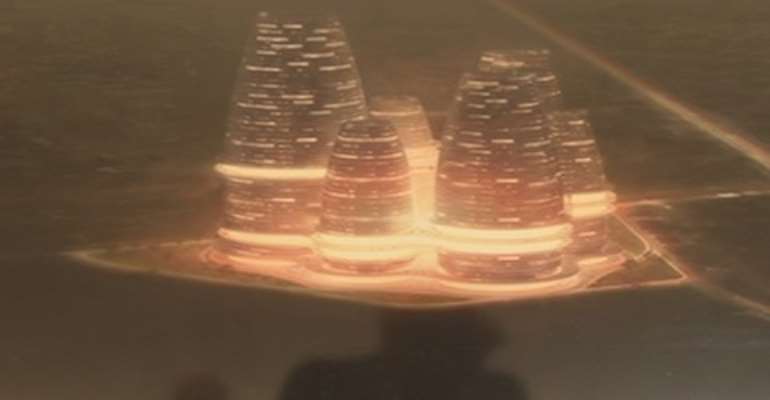 Chief Executive of Rlg Communication, Roland Agambire, says his company took a bigger risk to launch the Hope City project to make Ghana a competitive hub in the ICT world.

According to him, the “risk taking syndrome” will not stop, believing that it is risky for businesses to refuse to take risks.

He has therefore dared young Ghanaian graduates to be ready to take up risky ventures that would move the country to the next level.

“Rlg took the risk to train young people, cultivate the culture of entrepreneurship in them and as we speak today, we took the risk to say that what is happening in the West, South, East, it can happen in the Centre; Ghana is in the middle of the world and this is the centre”, said Mr. Agambire.

The young entrepreneur has been mentoring final students at the KNUST as part of activities to climax the University's 2nd Entrepreneurship Clinic.

Rlg Communications recently launched the multibillion dollar Hope City project, which when completed in 2016, will provide jobs to 50,000 people. It will house an assembling plant where over one million ICT products will be assembled within a day, as well as develop other applications from scratch.

Mr. Agambire wants young graduates to have the confidence in designing technology products that would make them relevant players in the Hope City project.

“When you begin to develop those apps, that is where you have a space in Hope City. Hope City is not built for me, it's built for you; you have a lifestyle, you find yourself being one of the smartest people on earth, creating amazing things”, he said.

Speaking in an interview with Luv Fm, Mr. Agambire observed that entrepreneurs will be the new chapter of development in every part of the world.

According to him, the rate of unemployment is high because “we are refusing to take the risk to create those jobs… so if we the young people do not begin to think that way, that government is creating an enabling environment and out of that there are opportunities for us to dwell in and create jobs, we'll continue to mad ourselves and think that it is a path to follow”.

He has encouraged the youth to have a rediscovery in the minds to think big and take risks to create new amazing things.