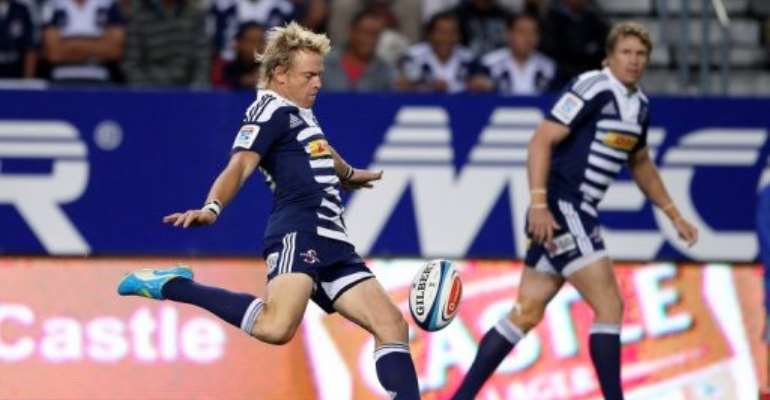 CAPE TOWN (AFP) - Western Stormers withstood a stoppage-time attack from Waikato Chiefs for a 36-34 triumph Saturday in a Super 15 thriller at Newlands.

Chiefs staged a multi-phase assault that took them close to Stormers' '22' when they were penalised at a ruck and full-back Joe Pietersen ended the match by booting the ball into touch.

It was the first win of the season for the South Africans and the first loss for the New Zealanders, who won the competition for the first time last season by whipping the Coastal Sharks from Durban.

The only disappointment for a home team was that scoring three tries left them one short of a bonus point while Chiefs collected two, for scoring four tries and for losing by fewer than eight points.

Right wing Gio Aplon crossed for two tries and scrum-half Nick Groom dotted down during the second half as the Stormers contradicted a reputation for being obsessed with defence by delivering a show of all-out attack.

Chiefs have scored 14 tries in three outings -- easily the best record among the 15 southern hemisphere championship teams -- and played their part in a high-octane clash despite having two players sin binned.

Scrum-half Tawera Kerr-Barlow was yellow carded after 33 minutes with Chiefs trailing 16-10, and replacement forward Nick Crosswell was sent to the sideline five minutes from time.

Despite the numerical disadvantage, Chiefs finished stronger and must fancy their chances of getting back on the winning trail when they play competition rookies Southern Kings in Port Elizabeth Friday.

Each side scored two converted tries in an opening half which ended 26-17 in favour of Stormers because Pietersen also succeeded with four penalties attempts while Anscombe had only one chance, which he slotted between the posts.

Stormers increased their advantage to 33-20 when Groom touched down after outstanding lock Andries Bekker was stopped just short, but tries by Ngatai and Horrell ensured a nail-biting finish.