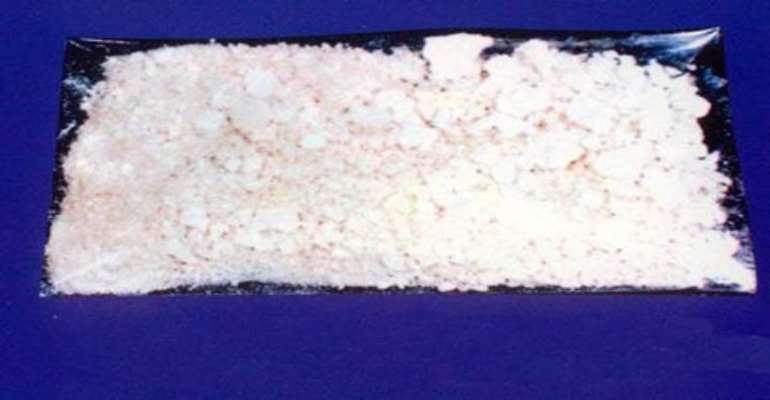 Ghana is currently reviewing its laws in relation to narcotics to keep abreast of current practices and trends.

The review will also ensure sanctions for the diversion of precursors and the illicit manufacturing of amphetamine-type stimulants.

Measures have also been taken to increase the workforce of the Narcotics Control Board (NACOB) to enable the board to tackle the menace of drug trafficking efficiently and effectively.

The Minister of the Interior, Mr Kwesi Ahwoi, who announced this at the launch of the 2012 annual report of the International Narcotics Control Board (INCB) in Accra Friday, said trafficking in heroin and methamphetamine had increased in West Africa.

He said the report charged West African countries to put in place measures to curb the illicit manufacture of methamphetamine, which was beginning to take hold of the sub-region as a number of people were being arrested in Asia for trafficking the drug.

According to the report, West Africa has, in recent years, emerged as a transit area for the trafficking of narcotics, especially cocaine, from South America to the lucrative European market.

Mr Ahwoi said approximately 30 tonnes of cocaine were trafficked to West Africa in 2011 and that cocaine trafficking in the sub-region was estimated to generate $900 million in profits annually for criminal networks.

He quoted the report as saying that there was an estimated 1.5 million cocaine abusers in West and Central Africa.

Furthermore, methamphetamine was being manufactured in growing quantities across West Africa, but mainly in Ghana and Nigeria.

He indicated that in 2012 the inter-agency based Joint Port Control Unit (JPCU) based at the Tema Port and the Precursor Unit of NACOB seized a number of trans-shipments of tramadol through Ghana to other West African countries.

“My ministry will encourage the Ghana Police Service and NACOB to broaden and improve upon the monitoring activities of websites selling emerging psychoactive substances of abuse and products containing them, as well as share information with the competent authorities of other countries,” he said.

Mr Ahwoi said the report called on governments of African countries to improve the range of treatment options available to drug dependent persons and facilitate support for the development and strengthening of such services.

For his part, Professor J. B. Asare, a former board member of NACOB, said on the basis of its findings, the INCB report made recommendations to governments, as well as international and regional organisations, to enhance the implementation of and compliance with the conventions.

He congratulated NACOB on its efforts at reducing the supply and trafficking of drugs in Ghana and its support for drug-demand reduction activities.

He urged the government to speed up the intended changing of NACOB to a commission for it to be autonomous to facilitate its activities and also review the legislative instrument concerning the confiscation of assets of drug offenders.

Total heroin seizures in Africa rose from 311 kg in 2008 to 695 kg (amounting to seven per cent of global heroin seizures) in 2010, the latest year for which aggregate UNODC data are available.

East Africa had the largest amount of heroin seizures in Africa in 2010 (245 kg), followed by North Africa (239 kg) and West and Central Africa (201 kg), suggesting that illicit heroin markets are expanding in all three sub-regions.

That upward trend in African heroin seizures seems to have continued in 2011, according to the World Customs Organisation, which recorded an increase in the volume of heroin intercepted by African customs authorities from 266 kg in 2010 to 302 kg in 2011.