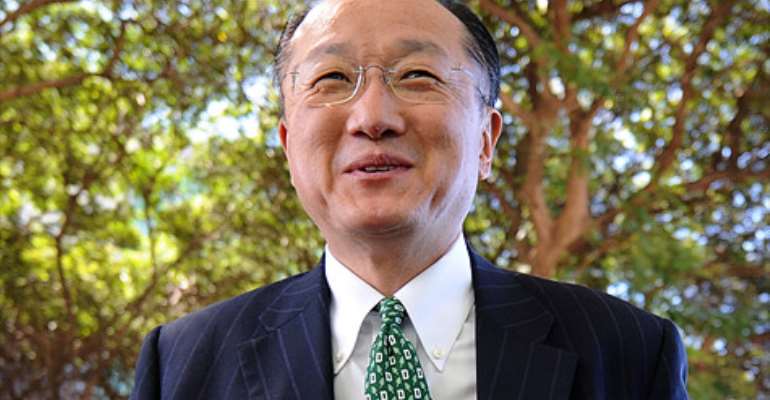 Despite the steady economic growth in many African countries over the last few years, gains have not always translated into greater gender equality or poverty reduction, the World Bank announced today.

To mark International Womens Day, the World Banks Africa region launched two evidence based initiatives to step up its commitment to improve gender programs in Africa.

First is the Africa Gender Action Plan, a five year blueprint for the Banks gender informed activities. Next is the Gender Innovation Labthat will bring scientific solutions through rigorous impact evaluation that will transform how the World Bank will identify development solutions for some of its poorest clients.

In the past decade,African countries have made some considerable strides when it comes to gender equality, says Makhar Diop, World Bank Vice President for Africa. Today, we have moved from an intuitive understanding of gender programs to add the Gender Innovation Lab that will fill the knowledge gap by providing more qualitative and quantitative evidence than ever about what works and what doesnt in terms of gender equality in sub-Saharan Africa, concludes Diop.

On behalf of the World Bank, Diop said the new Gender Innovation Lab will provide development solutions to countries as it works to keep the momentum toward achieving gender equality in Africa.

The World Banks Africa Gender Action Plan, the institutions regional strategy for addressing gender inequality, will advance development for both men and women using the latest technological tools that provide evidence on the effectiveness of gender programs through its funding and operations.

The Gender Innovation Lab, the first at the World Bank, brings science to improve delivery of its programs. The Lab already has over 20 impact evaluations under way, and they are providing clear evidence of what works. This week, The Gender Innovation Lab received financial support from the UKs Department for InternationalDevelopment (DFID)in the amount of USD$18 million.

Partnering with DFID and the government of Rwanda, a Lab impact evaluation showed how land title registration resulted in women increasing investments in land, at twice the level as men. Working with BRAC and researchers at the London School of Economics, another Lab impact evaluation showed that a program that provided life skills and vocational training through adolescent girls clubs resulted in 30 percent lower fertility, a 30 percent increase in the likelihood of girls working, and a 75 percent lower chance that they had been forced to have sex again their will.

These are powerful lessons that show not only what works, but the payoffs to making these kinds of investments.

Shifts in global influence from large emerging economies and the private sector are challenging the traditional development paradigm, experts note. Experts also explain that global private sector firms are seeking to modernize their business models to match profits with responsibility through their supply chains, suggesting a post-2015 world will need to include new voices to the development debate.

Experts agree that chief among the new voices should be women from developing countries.

I am proud to be the first person from the South, the first African, the first woman to head such a respected organization like Oxfam International, says Winnie Byanyima, UNDP Director of Gender and Development and Oxfam Executive Director Designate.

I'm stepping into a very powerful space, and Im conscious of that. I hope to bring the voices of poor men and women from my continent Africa and from the developing world to the global stage, concludes Byanyima.

For sub-Saharan Africa, The Bank notes that gender must be mainstreamed into all future development programs. However, it must also be a global priority.

Gender Programs Are a Global Priority
Globally, the World Bank is making financing available for gender equality by strengthening its monitoring and tracking systems, and by setting gender-related targets through the Banks corporate scorecard and in other ways.

In 2012, for the first time in the series history, the World Banks World Development Report focused exclusively on gender equality and development.

"And it was about time, says Caroline Anstey, World Bank Managing Director. We know that equal opportunity, regardless of sex, is not only the right thing to do; it is also smart economics, concludes Anstey.

Underinvesting in women puts a brake on poverty reduction as, amongst other things, women usually reinvest a much higher portion of their earnings into their families and communities, compared to men," she adds.

For its part, The World Bank is committing to funding more gender-related projects, to monitoring results more closely, and to making sure that more and more projects consider gender in their design, even if they do not have an explicit gender focus.

In fiscal year 2012 alone, just over US$29 billion, or 83 percent of the World Bank's overall lending and grants, were allocated to gender-informed operations in education, health, access to land, financial and agricultural services, jobs, and infrastructure.

Part of the reason for this is that, together with our partners, we made gender a Special Theme of the International Development Association (IDA), which provides close to $50 billion in credits and grants to the poorest countries between 2011 and 2014many of which are in Africa.