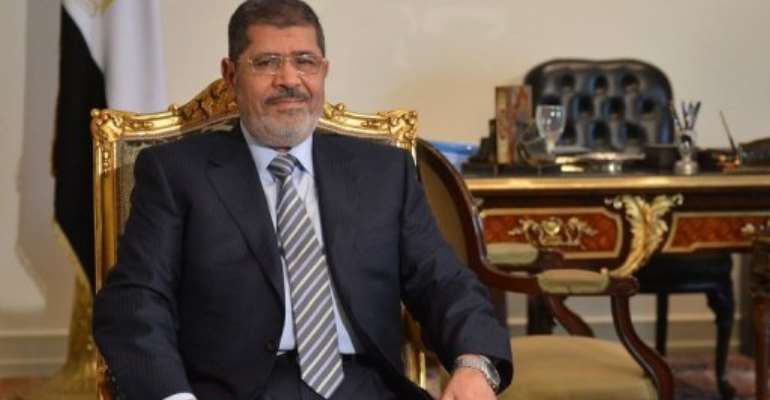 CAIRO (AFP) - A decision by an Egyptian court to cancel April legislative polls is a blow to Islamist President Mohamed Morsi who is seen by some analysts as failing to steer the country's post-revolution transition.

Since his election in June 2012 in the aftermath of the revolution that toppled the veteran president Hosni Mubarak, Morsi has had to backtrack on several executive decisions following grassroot protests over his rule.

"It is a bad decision for the president and bolsters the feeling that his decisions are never thought out and that his advisers are not competent," said Mustafa Kamel al-Sayyed, a Cairo University professor of political science.

Independent analyst Hisham Kassem was even harsher in his assessment of Morsi's presidency.

"Morsi didn't need more proof to show that he has failed as a president," said Kassem.

Judge Abdel Meguid al-Moqanen scrapped the polls, saying Morsi had ratified a new electoral law last month without sending it to the Supreme Constitutional Court for its approval, as required by the constitution.

The verdict was a major setback for Morsi and the Muslim Brotherhood from which he hails, especially since the Islamist president was hoping the elections would usher a period of stability in Egypt which has been rocked by months of protests.

The gulf between the ruling Islamists and the opposition has been growing wider since November, when Morsi issued a decree expanding his powers.

The decree was repealed after intense street pressure, but only after a controversial Islamist-drafted constitution was rushed through in December.

Also in December, the president ordered a freeze on tax rises for a range of products, including cigarettes and cement, needed as part of efforts by Egypt to secure a $4.8 billion loan from the IMF to help its crumbling economy.

Morsi took that decision at the 11th-hour in a bid to calm anger in Egypt and prevent mass demonstrations.

And last month, just days after announcing that legislative polls would begin on April 27, Morsi rescheduled the first round of the vote because it clashed with a Christian holiday and had upset Egypt's large Coptic minority.

In a bid to put a brave face, Morsi and the Muslim Brotherhood issued separate statements saying they would "respect" the court's decision to cancel the polls while the opposition relished the tribunal's decision.

The National Salvation Front, the main opposition coalition, said the court's decision "reinforces its position that the electoral law was hastily and suspiciously drafted by a Brotherhood-dominated Senate."

The NSF has already said it would boycott the polls, expressing doubts over their transparency, and demanded a new electoral law.

According to Cairo University professor Sayyed, the electoral law was "tailored for the Muslim Brotherhood."

The law was issued by the Senate, which has been acting as a legislative body since a previous court ruling abolished the lower house of parliament in June over constitutional issues.

The Brotherhood and its Islamist allies had won an overwhelming majority in the legislative polls in the winter of 2011 and 2012.

Analyst Kassem said the court's decision to cancel the new polls was a positive step because it prevents a repetition of the previous election and the later decision to abolish the lower house.

But he warned that delaying the election does not mean a lifeline for Morsi.

"The situation is very bad, politically and economically, and there will be trouble again," on the streets of Egypt between protesters and security forces.