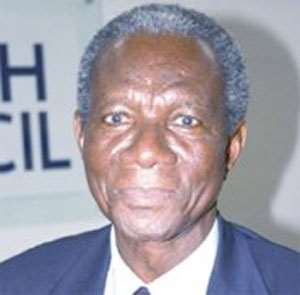 'For Dr Kwame Donkor Fordwour and Kwame Pianim, they have been and will always remain my navigators in this unpredictable terrain of business and politics in Ghana'- Akenten Appiah-Menka, (Village Boy, Lawyer, Politician, Entrepreneur) The River in the Sea.

'Pianim, an outspoken politician, business economist and investment consultant, blames the NPP national executive for exhibiting 'intellectual and mental laziness'. He is worried that the party is heading in the wrong direction. 'I think the national executives should consider doing the work we have voted them to do, or leave for others to take over,' he says. This is vintage Pianim, a man who is not afraid to speak his mind'- Africawatch – February, 2013.

'We should get more non-Akans to lead the party and find ways to make non-Akan members feel more comfortable in the party…'- Pianim: Africawatch, February, 2013.

'Some of these self-appointed spokespersons of the NPP seem to talk anyhow. Their demeanour and arrogant utterances tend to turn off people from the NPP. They are part of our problem and did not help us in the elections'- Pianim: Africawatch, February, 2013.

'I think people of my age should just stay behind more often quietly and offer advice to the young ones to lead. Now we live in a technologically intensive era and if you are not ICT- savvy and technologically inclined, you cannot be a good party executive and should especially not be aspiring to become president. While it is the right of every able-bodied party member to aspire to the highest post of the land, my personal preference will be to search for our presidential candidate for the 2016 elections within the 40 - 55 - year olds. Let us surprise ourselves and our opponents.'- Pianim Africawatch, February, 2013.

'Pianimic' is an eponym derived from the outspoken, blunt, brazen, candid, unvarnished, politician, business economist, investment consultant and a man of means who goes by the name Kwame Pianim, his baptismal name, Andrews, having been shorn off. His approach towards solving the problems within NPP is what is termed 'Pianimic Solutions'. It is just like 'boycott' is an eponym from Captain Charles Boycott, or a 'maverick' character is one from Samuel Maverick, or 'quixotic' from Don Quixote, or 'herculean' from Hercules, or 'chauvinistic' from Nicolas Chauvin  or 'pasteurization' from Louis Pasteur, or saxophone from Antoine Sax, or 'wattage' from James Watt

But for the case pending before the Supreme Court with NPP challenging the results of the 2012 presidential election, many NPP members would have subjected the party (and even its leadership) to serious scrutiny and cross examination.

J.J. Rawlings, the sole founder of the NDC argues: 'We had every opportunity to prevent ourselves from falling into the ditch … should we handle this thing behind closed doors?' J.J. appears to be at liberty to talk this way about his own party and its leadership, because he holds the party in his hand like an egg. He formed the party, literally from his own blood (he used his own blood to sign the NDC Constitution) and no one dare challenge him. The scenario does not operate in NPP. In (Ghanaian) politics, one must be as sly as the fox: talk when talking is expedient; hold your tongue when the topic is worth putting at an arm's length. The aftermath of the last presidential election, for the NPP, is like Chinese Arithmetic - very complicated. When the topnotch in NPP had satisfied themselves that it was worth taking the matter to court, everyone thought that that was the time for a ceasefire - all mouths had to be sealed to await the outcome of the court action.

Mahatma Gandhi has noted that, '(The) evolution of democracy is not possible if we are not prepared to hear the other side'. He goes further to intone that, '(i) tis good to see ourselves as others see us. Try as we may, we are never able to know ourselves fully as we are, especially the evil side of us. This we can do only if we are not angry with our critics but will take in good heart whatever they might have to say'.

The savant Wereko-Brobby, the nephew of Victor Owusu, would not let sleeping dogs lie, and he broke the ice. As far as he was concerned, he only called a spade a spade (and not a tool for digging). To him, the silent ones were lily-livered or cowardly or rather timorous souls.

Kwame Pianim's Africawatch interview, coming on the heels of Wereko-Brobby's diatribe against the NPP leadership, appeared sufficient enough to make some of the die-hard NPP supporters' skin crawl, their blood boil, and - had the tendency to take their breath away.

When another controversial NPP stalwart, Kennedy Agyapong, returned from an overseas trip, he openly showed disagreement over the NPP decision to boycott the vetting of the NDC ministers- because he would have grilled particular ministerial appointees over some nefarious activities he knew they had engaged in. This time round, Kofi Jumah, another outspoken speaker of the NPP, has not openly criticized his party or the leadership over the boycotts of the inauguration of the President, the vetting of the ministerial appointees, the President's State of the Nation Address.

Just as there are two sides of a coin, there are those who support Pianim's approach, and those against it. To the apologists for Pianim, the man has said all that there is to say: NPP should drop the court case, accept defeat and restrategise; Akufo Addo should not take a leadership position; NPP must accept John Mahama as President of the Republic; the boycott of the President's inauguration portrayed the NPP as composed of confused people; statements by some of the so-called spokespersons tend to turn away  people; stop branding NPP as Danquah-Busia tradition because the party is not a family stool; pool resources together to rebuild the party. Among the admirers of Pianim is the personage of Asiedu Nketia, the NDC General Secretary who thinks the failure of NPP members to think logically and heed Pianim's call would wreck the party.

To others, Pianim has opened the Pandora's box- opened a can of worms- and his statements appear as a backhanded compliment. To these people, Pianim has shot himself in the foot and had dissipated or whittled away all that reputation he had earned for himself as well as the accolade given him by Akenten Appiah-Menka. To these people, he has spoken like a Dutch uncle- his advice is not welcome.

In one breath, Pianim notes happily that '…people decided to go to the judiciary instead of resorting to street action.'   In another, he proclaims, '…when the results of an election are announced, we should be ready to accept (them) no matter how bitter, assess where we might have gone wrong, where we need to improve upon our performance , reinvigorate ourselves and begin the preparation and campaign for the next election. The interests of individual members and those of the party sometimes differ.'

Before the 2008 election, Pianim proclaimed that any idiot can carry the flag, in bitter reaction to the rejection of his preferred candidate, Dr Frimpong-Boateng. He had earlier tied the party's congress to his fortune in the court case in 1996, in which the Supreme Court ruled that any person convicted of treason is disqualified from standing in the presidential election. Other interesting questions relate to his resignation from NPP in 2000 and his resignation from the Public Utilities Regulatory Commission in 2007. In response to some of the charges against the NPP executives, Nana Akomea accuses Pianim of not availing himself the opportunity of learning the evidence available to challenge the results of the 2012 presidential election; NPP had accepted the 1992, 1996 and 2008 results; NPP flag bearer is chosen by over 100,000 delegates; who are the self-appointed spokespersons- do they include himself?

The question is why did Pianim choose the media, instead of the laid down procedure for airing one's views and grievances? Are his open criticisms meant to unite or divide the rank-and-file of NPP? Sometimes, '… speech is silvern, but silence is golden'.