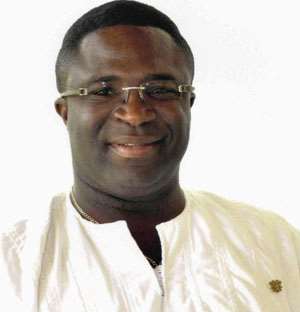 The Criminal Investigation Department (CID) at the Police Headquarters in Accra has dragged some leading members of the opposition New Patriotic Party (NPP) in Kumasi to their office for 'questioning' over an election-related issue that has long been dismissed by the Ashanti Regional Police Command.

Maxwell Kofi Jumah and Eugene Antwi of the NPP, alongside the former Ashanti Regional Police Commander, DCOP Kwaku Ayesu Opare-Addo (rtd), were on Tuesday dragged to the police headquarters all the way from Kumasi for questioning, based on 'orders from above'.

Even the issue under investigations had been resolved by the Ashanti Regional Police Command; but it seemed some persons in government who had an axe to grind with the personalities were pulling strings, behind the scenes.

Lawyer to the three gentlemen, Gabby Asare Otchere-Darko, told DAILY GUID E that he found the invitation totally unnecessary because the incident happened on December 7, 2012 when some NPP supporters tried to storm the Kumasi Golden Tulip Hotel where they believed some people were secretly thumb-printing ballot papers for President John Dramani Mahama in the heat of the Presidential elections.

'This is pure harassment. This harassment must stop,' Mr. Otchere-Darko fumed.

According to counsel, the three were caught in the middle of the fracas, and tried to calm NPP supporters from storming the room where the alleged electoral fraud was ongoing.

But according to Eugene Antwi, some top NDC officials present at the scene felt they had been exposed and instigated their followers to attack the NPP officials who were serving as election observers in the region at the time.

Full scale confrontation was averted through Police intervention, and when the matter was brought before the Regional Police Commander, DCOP Augustine Gyening, he dismissed it without pressing charges.

Kidnapping
However, after the event, three gentlemen, Ibrahim Anyas, Richard Bamfo and Musah Muntaka Bamba, described as NDC errand boys, reportedly lodged complaints with the Police that they were kidnapped by Eugene Antwi and Maxwell Kofi Jumah, a charge which the NPP officials described as preposterous.

Eugene Antwi said he was convinced that the current police moves might have been triggered by people close to the Presidency.

Order From Above
According to Mr. Otchere-Darko, at Tuesday's meeting with the police, they realized that the security agencies were being manipulated by powerful people in the NDC who felt the police should 'squeeze' the NPP officials for the incident.

'When we asked they told us that 'the people' have been complaining that they [the Police] haven't been acting on it, so that is why they are now acting on it,' Mr. Otchere-Darko told DAILY GUIDE.

The invitation letter was signed on February 15, 2012 by J.A Naami, Chief Superintendent of Police in charge of crime at the Ashanti Regional Command.

Useless Invitation
The police invitation was slated for Tuesday, February 19, 2013 but Maxwell Kofi Jumah had refused to honour it because he found it arbitrary, asking the police to do its worse.

He argued that the minor case leading to the invitation had already been resolved by the Ashanti Regional Command more than two months ago.

Eugene Antwi and DCOP Opare-Addo on the other hand agreed to honour the invitation. But when they got to the CID headquarters, the Police appeared to be tongue-tied; they were not arrested or bailed and were not asked to write any statement either.

DCOP Opare-Addo believed that this queer encounter was a ploy to cow the NPP into submission.

'If I hadn't been a policeman, I wouldn't have honoured their invitation. This is a useless invitation,' the retired police officer fumed.

I Wish You Die In Prison — Judge To Convict Who Defiled His ...
47 minutes ago