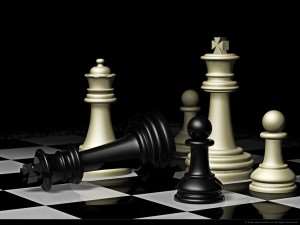 The first Uganda Chess Federation event of the year, 2013 is set to kick off on the International Women's day, 8th March through to Sunday 10th at the Pope Paul Memorial Hotel, Kampala.

Stephen Kisuze who is the Federation's Technical Director and a co-coordinator, according to him, this year's National Championship is unique in that it is being held in two phases; the first (8-11 March 2013) will feature only players without international ratings with the objective of determining the top six (6) from the unrated players.

'The top 6 will then proceed to the next and final phase of the National Chess Championship and join the rated players in a FIDE rated event that will be held in April 2013', he says.

They will use 2hours per game, meaning that each player will have a maximum of one hour to complete their game. . A total of seven rounds will be played based on the Swiss format with two games played on Friday 8th, three on Saturday 9th and two on Sunday 10th March 2013. Registration for participation in the National Chess Championship will be shillings ten thousand (10,000/=) per player. Games start by 9 am.