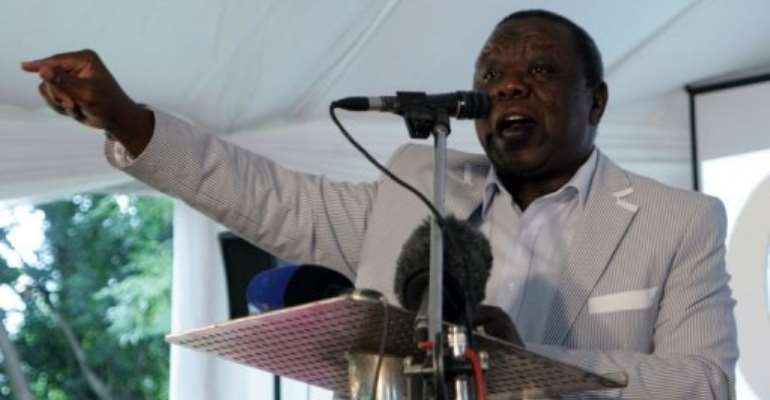 "I don't know if it's some kind of a demon, that riot police only emerge when we start campaigning," he told his supporters in the local Shona dialect. "Why riot police?"

He said the police action showed that "the leopard has not changed colours."

But police spokesperson Charity Charamba said the disruption was due to a "communication break-down" between the police and Tsvangirai's Movement for Democratic Change.

Zimbabwe's security forces are seen as loyal to President Robert Mugabe who shares power with Tsvangirai in an uneasy unity government that was formed after chaotic polls in 2008.

At Wednesday's hour-long meeting in the capital's working class suburb of Glen View, Tsvangirai explained key points of the new constitution which is expected to lay groundwork for fairer elections later in the year.

He urged the 200 supporters to vote in favour of the new text at the March 16 referendum.

"We must all go out and vote yes for the draft constitution so that we move the reform process forward. It is important for our nation," said Tsvangirai.

Fresh polls are set for July to steer Zimbabwe onto a new track after a series of votes were marred by violence, intimidation and economic hardship.

The run-up to the polls has been marked by a crackdown against political activists, media and civil society groups.

The former rivals set up a unity government in early 2009 after the violent polls of the previous year tipped the country into crisis.