Rugby / Vahaamahina : “Try to stay in the same state of mind” 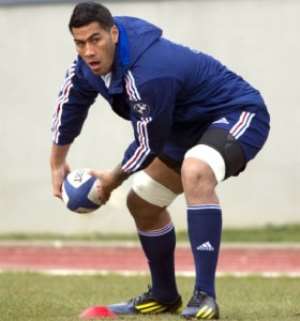 Philippe Saint-AndrÃ©, the coach of the XV of France, made two changes in the group of 23 players selected for the match against Ireland in Dublin on March 9, where the Blues target their first victory of the 2013 Six Nations tournament.

The second line of Perpignan, SÃ©bastien Vahaamahina, joined the group. After his first experience with the XV of France last November against Australia, the New Caledonian was recalled to face Ireland.

The native of Noumea, illustrates the emergence of a golden generation from the Pacific.

“I am happy, yes, but after I did not expect. I know that the staff follows several players. Still expected to be taken, but … I'm surprised and happy too.”