Ministry of Trade and Industry Contributes to National Development 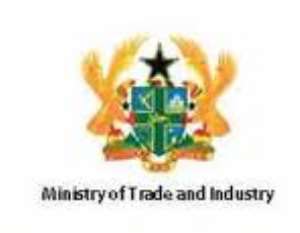 Accra, March 5, GNA - The Ministry of Trade and Industry, in line with the Ghana Shared Growth and Development Agenda and the Sector Medium-Term Plan, has pursued programmes under the second phase of the Private Sector Development Strategy (PSDS II) and the Industrial Sector Support Programme (ISSP).

Mr. Seth Terkper, Minister of Finance, announced this when he was delivering the 2013 National Budget in Accra, under the theme: 'Sustaining Confidence in the Future of the Ghanaian Economy', at Parliament on Tuesday.

He explained that the programmes aimed at helping to create jobs, increase levels of income, enhance the human resource capacities of business people and improve the overall national development.

Mr Terkper said the Ministry of Foreign Affairs and Regional Integration, which was responsible for the formulation of foreign policy and implementing its objectives, discharged its role most efficiently and in a cost-effective manner, adding that in this regard, the Ministry establishes, develops and sustains international goodwill and solidarity,'

On the Ministry's performance in 2012, he said it succeeded in deepening the trust and goodwill that Ghana continued to enjoy within the international community.

He said the Ministry pursued a number of policies including the policy of  good neighbourliness, which aimed  at promoting peace and stability in the sub-region by building mutual trust, cordial relations and confidence between Ghana and its neighbours.

He said the Ghana Audit Service (GAS) in 2012, completed and presented to Parliament within the statutory timeframe, reports on the Public Accounts of Ghana for 2011.

On the outlook for 2013, he said operational gaps identified by the Service and other areas of concern to key stakeholders including Government, Parliament and Development Partners had been integrated into plans and activities of the Service for the year.

Mr. Terkper said: 'These are the audit of the public accounts (consolidated fund), procurement audit and contract administration, as well as computerized and electronic systems audit '.

He also mentioned revenue management audit, including the proceeds of taxation, grants, oil and gas exploration, performance audit ,including audit of physical infrastructure projects which featured in the Public Expenditure and Financial Accountability (PEFA) Assessment, management of the public debt and loans/advances, Capitation Grant.

Mr Terkper said the Ministry of Employment and Labour Relations was mandated to promote gainful employment creation in all sectors of the economy, through demand-driven employable skills training.

He said the Ministry was also to enhance harmonious industrial relations, promote social justice and protect the rights of workers through enforcement of labour laws and regulations and tripartite issues, ensure equity in public sector pay management, and coordinate the timely production of labour statistics for decision making on accelerated economic growth and national development.