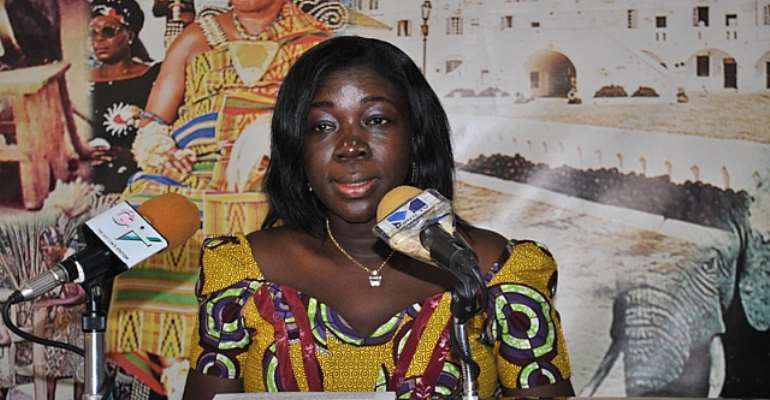 Accra, Mar. 04, GNA - Mrs Elizabeth Ofosu Agyare, Minister of Tourism, on Monday launched the 2013 paragliding and Africa Choral Festivals with the aim of promoting both domestic and international tourism in Accra.

The eighth paragliding festival dubbed 'Okwawu 2013' is expected to take off on March 29 to April 1, 2013, whiles the second African Choral Festival dubbed 'Africa sing aloud', would start on April 5 and end on April 7.

Mrs Ofosu Agyare said the events would provide a good platform to highlight the tourism assets of the destination saying the paragliding festival in particular had boosted tourism to the Kwahu area and raised the profile of the Kwahu Easter celebrations.

She said 'our survey of visitors to the event over the years reveals an encouraging sub regional interest especially from Nigeria, Togo and Burkina Faso'.

She said that paragliding pilots have also been invited to this year's event, in order to give visitors the opportunity to enjoy the paragliding experience, which would be complemented by a variety of side activities such as adventure hikes, musical shows and street carnivals.

This event and other associated tourism activities have also impacted positively on the growth of hotels and the introduction of other related tourism sports like hiking and abseiling in the Kwahu area, she said.

Mrs Ofosu Agyare said the African Choral Festival on the other hand also seeks to position Ghana on the already established Choral music circuit saying this would help revive Ghanaian Choral music and provide a platform for a veritable exchange with other choral music traditions from around the world.

She said choral groups and choirs have also been invited from the United States, Sweden and Benin to tour and experience the country and participate in mass choir performances alongside selected Ghanaian choirs in Accra, at the National Theatre and Cape Coast, at the Cape Coast Castle.

She said the Ministry supports Public-Private Partnership for the promotion of tourism and commended the Kwahu East, Kwahu South and Kwahu North District Assemblies for their commitment towards the success of the paragliding festival.

Mrs Ofosu Agyare urged all Ghanaians to make it a point to partake in this year Paragliding festival and African Choral Festival saying this year's paragliding would be a splendid one and the Choral festival promises to be an improvement over last years.

He urged the public to prepare and make time for the memorable events during the Easter holidays saying the program would come off as scheduled.

The paragliding festival was initiated by the Ministry of Tourism in April 2005 to coincide with the Easter festivities in Kwahu-Atibie, on Mount Odweanoma in the Eastern Region.

It is an aviation sports festival which could be enjoyed by all class of people, and was also patronized by both locals and international tourists during the Easter Season.

The African Choral Festival which has also become a major event on the tourism calendar since its inception in 2012 is also to nurture the growth of African Choral music as an art form through which culture and music would be shared with global neighbours.