Pursuing the National Agenda: The story of the Ghana News Agency 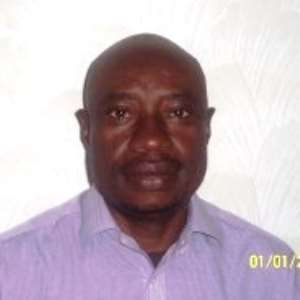 Accra, March 4, GNA - The Ghana News Agency (GNA) will be 56 years old tomorrow, Tuesday March 5, 2013. It was born on March 5, 1957, with no less a personality than Dr. Kwame Nkrumah himself, Ghana's first President, performing the official naming ceremony. Indeed, in many aspects the GNA and Ghana can be  said to be a set of twins. Dr. Nkrumah gave birth to this senior sibling (GNA) several hours before the State of Ghana came into being the next day, March 6, 1957.

"I foresee the day when, in the press of the World, any news item warranted by the initial GNA will find an unchallengeable place in any newspaper of standing, wherever it may be," the visionary leader predicted. He had personally involved the reputable British news agency, Reuters, in the establishment of this brainchild, which, as he put it, "would tell the African story through the eyes of the African."

Just as he catapulted Ghana on to the forefront of the African liberation struggle, the dream of the nation's first Head of State was to nurture the GNA, the first news agency in Sub-Saharan Africa, into an instrument to counter the biased and distorted image of the African Continent by the world's giant news organizations, the same phenomenon the Continent's leaders continue to complain about even today. So, from a modest start with three reporters and a skeletal back-up staff, the GNA grew and establish links with a wide range of major news agencies and wire service networks across the globe, telling the Ghanaian story as it was; selling Ghana abroad and spreading the gospel of African unity.

Over the years the GNA has discharged its mandate satisfactorily, never compromising its cardinal principles of speed, accuracy, objectivity and professionalism.  Indeed, no other media organization has covered Ghana as extensively as the GNA. With Regional Offices, District Correspondents and Stringers throughout the nation, this trail blazer has brought to the notice of Ghanaians and the outside world important events from the remotest rural communities. It has documented the actions, hopes, aspirations, fears and frustrations of the people as they have unfolded, not for once reneging on its sacred duty to uphold national unity and cohesion. With the devotion of a loyal ally the GNA has been there for successive governments since the First Republic, discharging its role in conveying government policy to the people and relaying back to Government the people's views, aspirations and frustrations.

In spite of this unflinching service the Agency's story has, unfortunately, been one of relegation and deprivation since the exit of the Nkrumah regime. Most of the politicians, who came onto the scene subsequently appended it a lower status, exhibiting a take it or leave it attitude when it came to the allocation of resources to the GNA. Its continued existence has came under threat a number of times in the recent past, as the Agency came very close to liquidation.

This situation  was worsened by the unfortunate perception among some politicians and intellectuals who, in a rare display of ignorance about the actual role of a news agency, sought to suggest that the emergence of the Internet had rendered the national wire service redundant.

However, good sense prevailed and it soon dawned on all concerned that media outlets like the GNA must stay around to gather news especially from remote areas like Bantafarigu-Farfar in the Upper East Region before those of us in the cities can find them on the Internet. Besides, there can be no substitute for a national news agency working in the national interest.

In the same vein, and contrary to some ill-informed public (mis)conception, the emergence of private newspapers and FM radio stations does not in anyway diminish the relevance of the GNA. In fact, the Agency's leading role in news dissemination has rather been reinforced by the proliferation of media outlets in the country. A significant percentage of the news read over those private radio stations emanate from the GNA. The same can be said about the private newspapers which use stories from the GNA extensively and on a daily basis.

Traditionally the destinies of twins are believed to be inter-woven, each sharing the other's joy or pain, fortune or misfortune, successes or failures. But does the GNA necessarily share in the fortunes of Ghana today?  A constantly dwindling subvention; none-replacement of overused  vehicles, computers and other essential work tools that give rise to the loss of job satisfaction; the complicated bureaucracy that makes the release of funds to the Agency painfully cumbersome; and the general lack of that essential element of motivation needed to galvanize the rank and file to go the extra mile, all go to sum up the GNA story.

For those who knew the Agency's once vibrant newsroom in the days of Mr T.B. Otie and K.B. Brown, the spectacle it presents today is one of shocking disbelief. The frustration and desperation resulting from the aforementioned factors have driven many of the good men and women into other establishments that are capable of offering material comfort.

Notwithstanding the turbulent times it has been through, however, the GNA continues to look into the future with hope. A glance at the sunny side of things gives a reassuring indication that all is not lost, as a significant number of dedicated good hands are still around. Given the needed support and encouragement, the current Management under the leadership of the newly-appointed General Manager, Mr Bernard Otabil, is capable of steering the nation's only wire service out of the woods and taking it to the glory it deserves.

No matter the angle from which one looks at it, revamping the Ghana News Agency would remain a crucial part of the national development agenda. One of the greatest legacies the present Government can leave behind for posterity is to  revamp this important national asset, taking a cue from the support governments in other countries such as Britain, France and China to mention a few, have continued to give to the BBC/Reuters; AFP and Xinhua news agencies respectively.

The GNA's establishment, as aforementioned, was part of a comprehensive communications policy that sought to harness the information arm of the State to build a viable and cohesive nation, a quest which remains very relevant today as it did about 56 years ago. It was also meant to help to mobilize the people for economic and social development, as well as reinforce/consolidate the sense of belonging and common identity among the people of Ghana, an objective which is more relevant now than ever before, considering the recent upsurge of apathy, ethnocentricity, unnecessary polarisation and other social divisions that constitute a menace to national integration.  The relevance of the Ghana News Agency remains unquestionable.