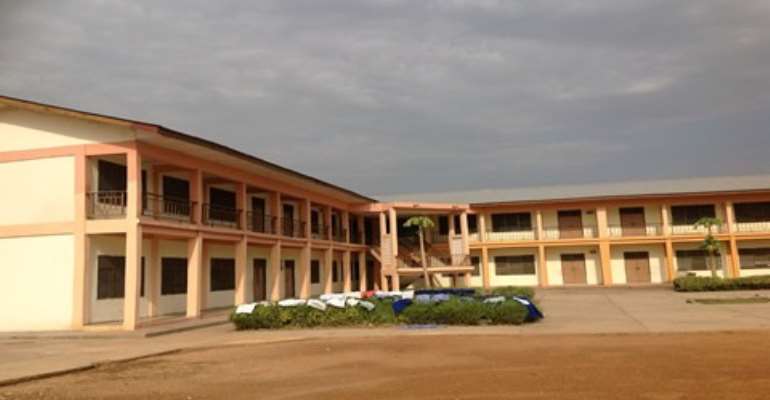 The dormitory of Nadowli Queen of Peace Senior High School, which has now become a white elephant.

Authorities at the Nadowli Queen of Peace Senior High School in the Upper West Region, have evacuated the students from the girls' dormitory for fear of the building collapsing on them.

Deep cracks have emerged in the structure which was handed over to the school authorities in June 2008.

The girls, numbering about 400, have now been moved to the schools dining hall which is not properly ventilated, raising fears of possible disease outbreak in an area which is well known for the deadly cerebro-spinal meningitis (CSM) disease.

Chief Executive for the Nadowli District Abu Kasambata hinted of a possible probe into the construction of the building, which was funded by the Ghana Education Trust Fund (GETFund).

Mr. Kasambata said serious sanctions will be applied to the contractor, if it emerged that he used substandard materials during the construction of the building.