Member of Parliament for Yendi appeals to NADMO for support 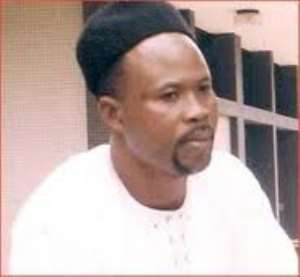 Alhaji Habib Tijani
Accra, March 3, GNA - Alhaji Habib Tijani, Member of Parliament for Yendi in the Northern Region has appealed to the National Disaster Management Organisation (NADMO) to come to the aid of the people of Yendi.

His appeal follows a heavy rainstorm that hit the Yendi Municipality and its surrounding villages on Friday and destroyed properties worth millions of Cedis.

Speaking in an interview with the Ghana News Agency at Parliament House in Accra  at the weekend, Alhaji Tijani said several houses and schools in the municipality had their roofs either totally or  partly ripped off and food stuff such as Soya beans, Maize and Cassava Chips belonging to farmers were also destroyed.

He also appealed to the Municipal Assembly to encourage the educational institutions in the municipality to plant trees in their campuses and to lobby non-Governmental organisations who were not into environmental protection to assist in sponsoring tree planting exercises in the municipality.

'As MP of the area, I will support the victims in my own small way with some relief items that will alleviate their plight as they are seeking shelter with friends and relatives.'

Alhaji Tijani called on the Public Works Department to constantly monitor and ensure that material that were used for construction and building in the municipality were of good quality.

He also appealed to NGO's to support the victims with some relief item to mitigate their situation.