Don’t Tell Me What I Want To Hear, But The Truth—Prez Mahama 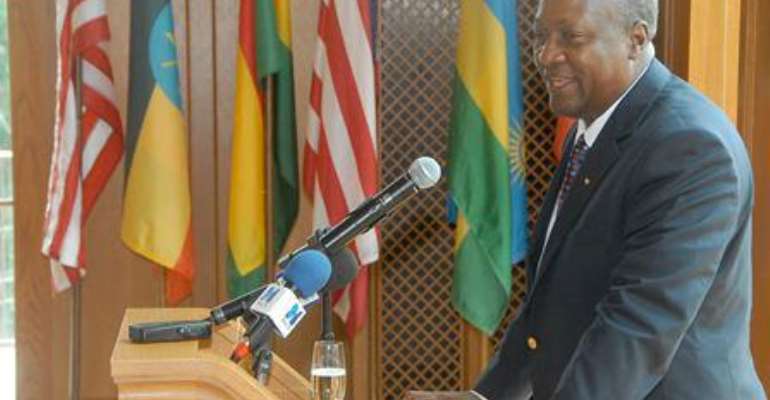 President John Dramani Mahama has appealed to members of the Council of State to advise him on the truth and not what would be pleasant to his ears every day.

“I want you to tell me the truth, and not what I want to hear, as it is the truth that will give me the real picture that I can act on swiftly for the advancement of the country.”

President Mahama made this appeal when he swore-in the last three members of the Council of State at the Flagstaff House, Kanda on Friday.

President Mahama said although the 1992 constitution enjoined the President of the Republic to appoint a former Chief Justice as a member of the House, the country currently could not do so because there was no surviving Chief Justice.

He appealed to them to use their store of knowledge garnered over the years to provide useful and workable advice that could achieve the development aspirations of the country in the coming years.

Mr Dewornu on behalf of his colleagues thanked President Mahama for giving them the opportunity to once again serve the nation and gave the assurance that they would provide the necessary advice that would help the President to achieve the “Better Ghana Agenda II” programme.

“We shall not shirk this responsibility by doing it to the best of our ability for the betterment of the country,” he said.