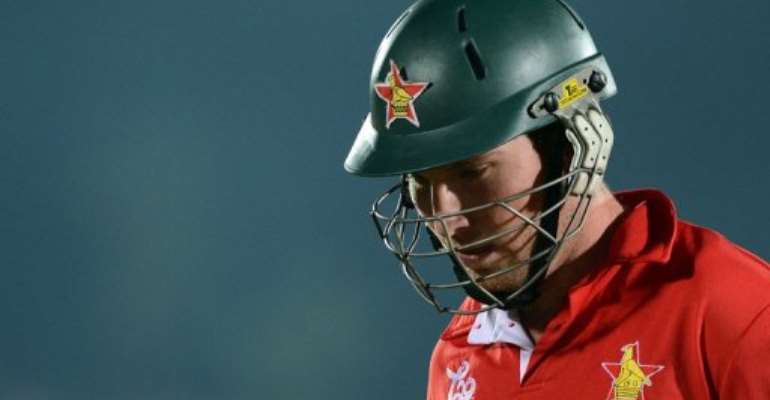 NORTH SOUND, Antigua and Barbuda (AFP) - Zimbabwe captain Brendan Taylor won the toss and decided to bat first against the West Indies in the first T20 international at the Sir Vivian Richards Stadium on Saturday.

After being rested for the three one-day internationals in Grenada, Darren Sammy returns to lead the home side, who omitted fast bowler Shannon Gabriel and all-rounder Christopher Barnwell from their final eleven.

Zimbabwe welcomed back Craig Ervine, who missed the final ODI with the flu, and have also chosen to go into the match with three specialist spinners -- Prosper Utseya, Natsai M'Shangwe and Tinotenda Mutombodzi -- on a pitch devoid of grass.