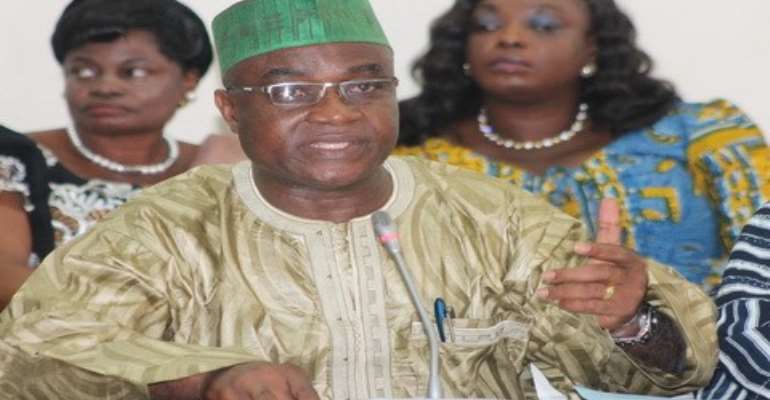 Minority Leader Osei Kyei-Mensah-Bonsu is accusing government of scheming to sell the Tema Oil Refinery (TOR) to its cronies.

He said the Mahama-led government is full of corrupt people who are making super normal profits from selling imported refined crude oil.

The Minority leader was speaking to journalists Wednesday during what the opposition termed the “True State of the Nation Address."

Last week, Ghana National Petroleum Authority boss Alex Mould hinted that privatizing Ghana's only refinery was the only way to ensure its survival.

The Minority said this suggestion is just part of a grand conspiracy to sell the national asset to National Democratic Congress (NDC) cronies.

Currently, the refinery is not operating and the Minority believes government is deliberately crippling it so as to pave the way for its privatization.

The MPs said fuel price increases under the NDC government represent a show of bad faith on the part of a party that promised to decrease petrol prices drastically.

“The NDC has not only exhibited bad faith and incompetence in the management of the petroleum sector and the associated price adjustments but also scheming to sell a vital national asset like TOR,” Mr Kyei-Mensah-Bonsu declared.