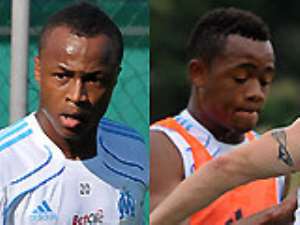 Accra, Feb. 27, GNA - France-based duo, Andre Ayew and Jordan Ayew have announced their retirement from the Black Stars, at least for now.

The duo has formally communicated their intentions to the Ghana Football Association (GFA) in separate letters sent to the Federation on Tuesday.

Ghana News Agency Sports can confirm both players communicated their decisions in separate letters, citing common issues such as their recent relationship with the management team of the Black Stars.

The players were due for selection for next month's 2014 FIFA World Cup qualifier against Sudan, billed for the Baba Yara Sports Stadium, Kumasi.

The move represents the latest after Micheal Essien, Kevin Prince Boateng and Asamoah Gyan previously announced their retirement from the senior national team.

The Ayews dubbed their decisions temporary, insisting the break was aimed at rejuvenating themselves for futures roles with the team that must beat Sudan to inject life into their dream of answering the roll call at the Brazil 2014 World Cup.

The brothers were excluded from the Ghana squad that tumbled in a fifth Nations Cup quest in South Africa recently. While Andre was excluded after failing to meet the deadline for reporting to the team's pre-tournament base in Abu Dhabi, Jordan did not make the cut in the provisional 26 named in December.