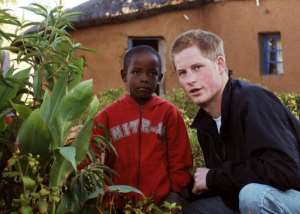 MASERU, Lesotho (AFP) - Britain's Prince Harry on Wednesday will visit his charity in Lesotho during a return trip to the southern African kingdom.

Wrapping up a three-day tour, the 28-year-old will stop at a centre for deaf children and a community housing and water project.

Both are supported by his NGO Sentebale, which Harry set up with Prince Seeiso, the younger brother of King Letsie of Lesotho.

The third-in-line to the British throne will next whisk off to Johannesburg in neighbouring South Africa for a fund-raising gala dinner.