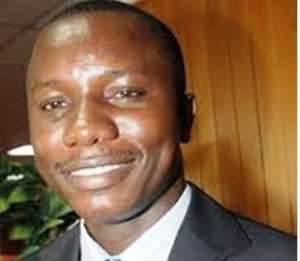 The Deputy Minority Leader Dominic Nitiwul has scoffed attempts to drag the minority before the Privileges Committee of Parliament.

Builsa North MP, James Agalga is angry at the Minority for brandishing papers with the inscription "stealers" shortly before they walked out on President John Mahama on Thursday when he came to present the state of the nation address.

Agalga insists the conduct of the minority was in breach of Standing Order 32 which states that acts or omissions which are an affront to the dignity of Parliament constitute contempt.

He is therefore asking the Speaker to haul the minority to the Privileges Committee of Parliament for disciplinary action.

But in a reaction, the deputy Minority Leader Dominic Nitiwul told Joy News, the Builsa North MP must take his time to learn the procedures of Parliament.

He noted Agalga ought to have raised the issue on the floor of Parliament to be debated so the Speaker will rule on the matter or refer it to the Privileges Committee.

He said it is not the practice in Parliament for an MP to write straight to the Speaker asking for a member or in this case the entire minority to be dragged before the Privileges Committee.

Nitiwul also dismissed assertions that their conduct was unparliamentary and an affront to the dignity of Parliament.