NPP Is Battle Ready For 2004 Elections 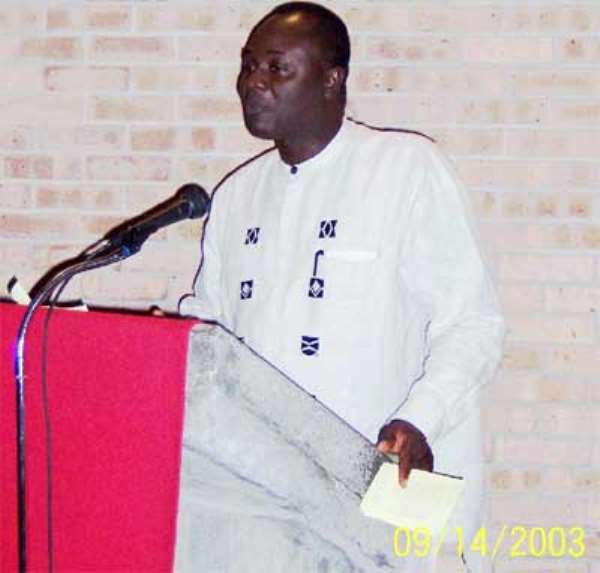 The General Secretary of the New Patriotic Party (NPP), Mr Dan Botwe, has said the party is not leaving anything to chance to retain political power in next’ year’s presidential and parliamentary elections.

“The NPP is battle-ready for the 2004 general elections and for that matter the party has not become complacent in spite of the goodwill it continues to enjoy among the broad masses of the people ,” he said.

Mr Botwe, who said this in an interview in Accra yesterday, added that in furtherance of the party’s belief that its structures must be kept active after general elections , the leadership of the party outlined a series of programmes after the last polls to prevent such structures from becoming moribund.

According to him, the NPP wanted to avoid the situation where active party politics became seasonal by organising a number of programmes intended to sharpen the organisational efficiency of our activists.

The NPP General Secretary said the good people of Ghana would not forgive the party if it failed to retain political power to continue with the good works of reshaping the social and economic structures of the country.

He said since the last polls, the NPP had revitalised its structures, organised programmes for its polling station executives and strengthened its youth and women wings in its bid to win convincingly, the next elections. “The victories of the NPP in all the by-elections are a manifestation of how impregnable our constituency structures are,” Mr Botwe said.

He said the NPP would strive to win as many as 140 seats throughout the country, including perceived stronghold of its main rivalry, the National Democratic Congress (NDC). The NPP General Secretary called on functionaries of the party to encourage the electorate to check their names when the voter register is opened and also advised those who had reached the age of 18 to register with the Electoral Commission (EC).

Mr Botwe called on activists to continue with their educational programmes among the people to enable them to appreciate what the government was doing to restructure the economy and improve their quality of life.

Why appoint an AG-designate who’s interested in disenfranchi...
39 minutes ago