Confirmed: GWCL Did Use Expired Chemicals

By The Herald Newspaper 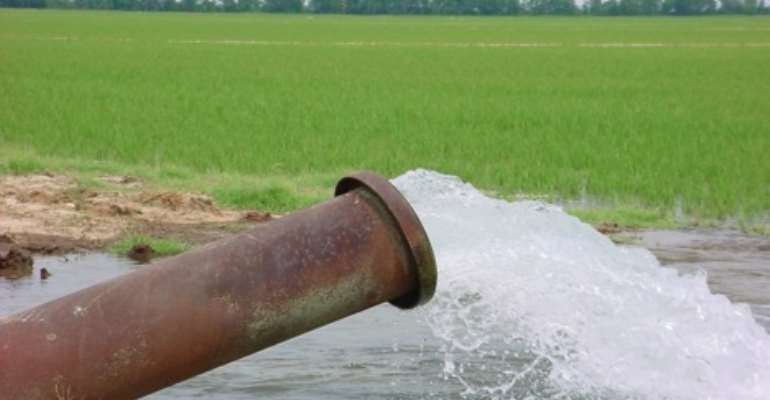 The Ghana Water Company Limited (GWCL) did use expired water chemicals at the Weija water treatment plant in spite of assurances by the company last week that the chemicals had not entered the water supply, according to investigations by The Herald newspaper.

The newspaper's sources at the company found that 750 out of the 7,000 bags of expired aluminium sulphate imported and supplied by St Baron, a local company, have already been used to treat water at the plant.

According to the newspaper's investigations, the chemicals were manufactured in June 2011 with an expiry date of June 2012.

When the story broke last Tuesday, officials of National Security went to the Weija offices of GWCL and seized a truckload of the chemicals. They returned again the next day to take away a further three tucks.

Workers at the treatment plant told the newspaper that they are concerned the company may try to destroy evidence of the expired chemicals before the situation can be fully investigated.

The workers are calling for the six-member committee sanctioned by the Minister for Water Resources Works and Housing, Alhaji Collins Dauda, to investigate the issue to do so quickly.

The committee commissioned last Wednesday has been charged to determine whether the GWCL truly imported expired chemicals and also if it has already used part of it for water treatment. It is also to ascertain amongst others the circumstances surrounding the procurement of the said chemicals.

The committee is chaired by Albert A. Ogyiri, an ex-President of the Ghana Institution of Engineers, with Hawawu Salifu of the Ghana Revenue Authority (GRA), Samuel Kwakye of the Food and Drugs Authority (FDA), Frederick Addae, the Director of Water at the Ministry of Water Resources Works and Housing and Geofrey Ahiabli of the Bureau of National Investigations (BNI).

The committee has six days to present its report. At their Tema Central Stores where the GWCL has stored majority of the chemicals, there are reports that another large quantity of chemicals expired in 2007 is being hidden there.

Aluminum sulfate is used in water treatment and purification. When added to water, it causes microscopic impurities to clump together into larger particles. These clumps of impurities will then settle to the bottom of the container or at least get large enough to be filtered out of the water. This makes the water safer to drink. On the same principle, aluminum sulfate is also sometimes used in swimming pools to decrease the cloudiness of the water.

Meanwhile, Barekese water treatment headworks in the Ashanti Regional capital of Kumasi is using aluminium sulphate, or alum, which does not bear expiry dates, according to investigation by Joy News.

The chemical, which is imported by the Ghana Urban Water Company (GUWC) to purify tap water, was the same compound that was found to have expired on the premises of the Weija dam site in Accra.

He said he found bags of alum purportedly from Sweden without expiration dates on them. The reporter also found a chemical labeled “hydrated lime” without manufacturing or expiry dates.