By Ministry of Information 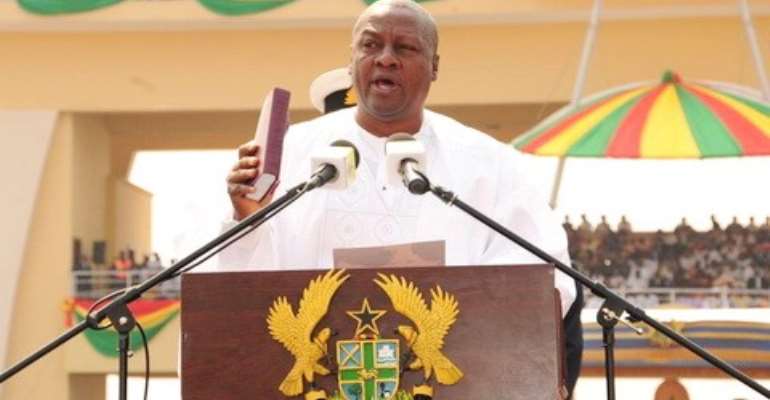 President John Mahama has assured the security agencies of adequate support to flush out illegal miners across the country.

"I am appalled to see people engaging in galamsey, and especially illegal mining that takes place in or near water bodies. I am going to support the Security task force working to clear the miners, and I want to warn those foreigners and their local collaborators that we are going to chase them out", President Mahama warned.

He was speaking after a visit to the Daboase Water Treatment Plant in the Mpohor Wassa East District of the Western Region and a meeting with family members of a naval officer who lost his life chasing galamsey operators in the Pra River.

The President urged the task force to intensify their work to bring to book persons engaged in galamsay activities.

According to him, foreigners are not allowed to engage in small-scale mining, warning that law must appropriately deal with any foreigner caught.

Two naval officers lost their lives when they drowned in the River Pra on Saturday when a taskforce went on an operation to clear illegal miners operating in the river. President Mahama sympathized with the families, noting that the unfortunate situation, which occurred while in the line of duty, should spur the security team to flush out the miners.

He also tasked the commanders of the security agencies to ensure that personnel are provided with the appropriate protective and safety gear when embarking on such operations.