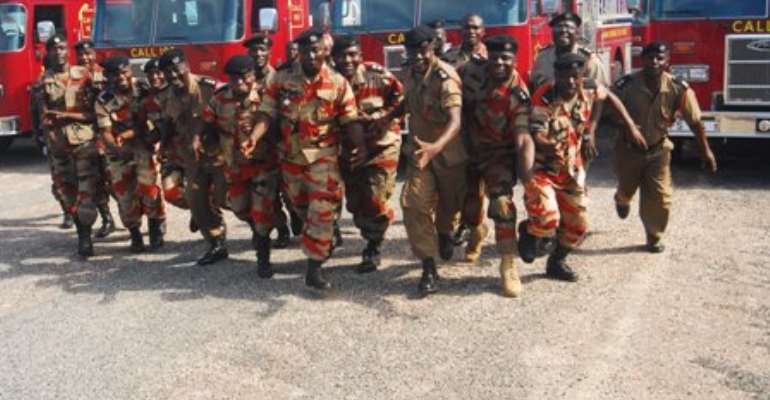 Nsawam (E/R), Feb. 23, GNA - The Nsawam Municipal Fire Service has embarked on intensive education program on fire prevention for some selected communities in the municipality.

Mr Emmanuel Acquaye, Divisional Fire Officer Two of the Service, told the Ghana News Agency that the program was aimed at reducing the rampant fire outbreaks in the area.

Mr Acquaye said communities which are benefiting from the education include Pakro, Nsakye, Amanfro, Yaw Djan, Obodan Ashiresu and Ahodwo and that it is being carried out in churches, schools and house-to-house.

He said the people are trained on the prevention and controlling of fires as well as ways to alert firemen on the onset of a outbreak for prompt response.

The Divisional Officer said last year, the municipality recorded 69 fire outbreaks including one which occurred at the Nsawam Market where there was a loss of life and  many properties were destroyed.

Mr Acquaye said from the beginning of this year seven fire outbreaks have been witnessed within the Nsawam/Adoagyiri and its environs out of which six were domestic and one vehicular fire. GNA