Man on motor-bike dies in a crash with tipper-truck 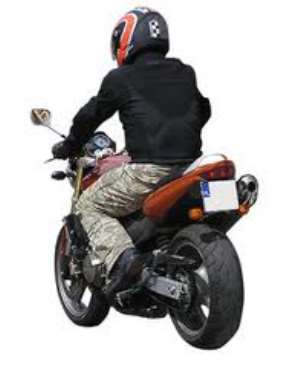 Fiapre (B/A), Feb. 25, GNA - A man suspected to be in his mid-40s only identified as Gausu, was knocked down dead on Saturday by a hit-and-run driver along the Sunyani-Fiapre-Berekum highway in the Brong Ahafo Region.

The accident, which occurred some metres away from the Fiapre toll-booth around 1930 hours, involved a tipper-truck with registration number GT 4148-10 and an unregistered motor-bike belonging to the deceased.

The tipper-truck loaded with sand was heading towards Berekum and the motor-bike was returning from Dumasua in the Sunyani-West District.

The tipper-truck believed to be owned by J. Adom Company limited, a building and road construction firm in Sunyani, was moving at a high speed. The motor-bike, which was also speeding to Fiapre, was believed to have veered-off its lane and incidentally collided with the tipper-truck.

An eye witness told the Ghana News Agency (GNA) at the accident scene that the deceased had attended a funeral at Dumasua and was returning to his abode in Fiapre when the tragic incident happened.

The deceased was taken to the Sunyani Regional Hospital morgue by the Police for further investigation.