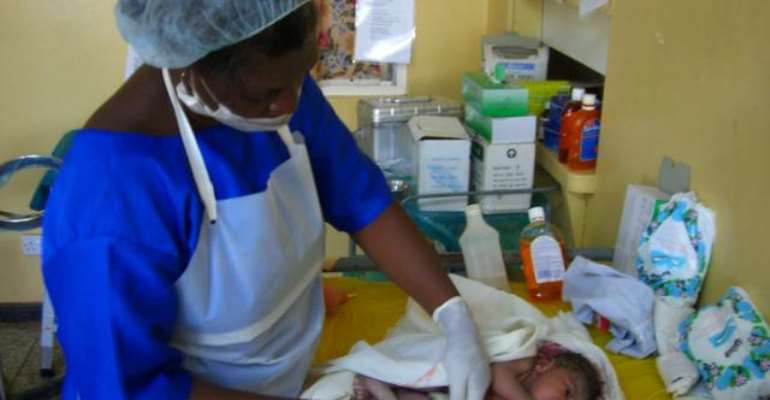 She expressed concern about the poor attitude and respond of women to undertake voluntary check-up to know their health status on cervical cancer, adding 'Last year, less than 200 women in the Region voluntarily visited the hospital to check on their status'.

Madam Owusuah made the call at a workshop organised for women as part of activities to commemorate the 40th anniversary celebration of the enstoolment of Nana Yaa Nyamaa II, Queen mother of Sunyani Traditional Area.

The workshop on the theme for the celebration: 'Redefining Traditional Values and Cultures in the Contemporary Youth' was attended by representatives from various women associations, market women, political parties, queen mothers and religious groups.

It was to educate women on common diseases and cultural practices affecting women development.

She observed that in spite of several education programmes at the various local radio stations about cervical cancer most women did not care about their health status and failed to check-up.

Madam Owusua said cervical cancer had been identified as the third killer disease among women in the world.

She said the most dangerous aspect of the disease was that its symptoms could be detected at a critical stage when nothing could be done to save their lives and bled to death.

Madam Owusu explained that with early detection of the disease it could be cured and emphasised that in some cases the patient's womb had to be removed to save her life.

She said some of the causes of cervical cancer included early sex, multiple partners, non-treatment of sexually transmitted infections, insertion of long nails and herbs in the vagina, and called on women not to delay at home when experiencing unusual blood and pain in their vagina but rush to a health facility for treatment.

Nana Yaa Nyamaa advised parents to discipline their children to grow and become good citizens in the communities.

She noted that due to technology most children had gone wayward becoming a burden in society and therefore, needed to be controlled and educated on good morals since they were the assets and future leaders of the country.

Nana Nyamaa called on traditional leaders to help eliminate all forms of traditional and cultural practices, which abused the rights of women in their communities.

She noted that most of the of beliefs and cultural practices were no longer needed and must be reviewed or abolished to liberate women from physiological and physical trauma, which was against the constitution and abuse to human rights.