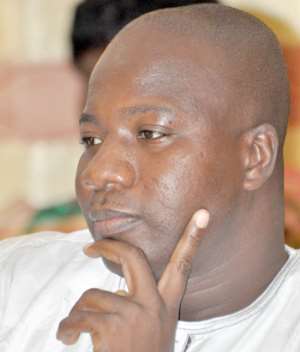 The government, media practitioners and experts have clashed over the management of the Media Development Fund.

While the Ministry of Information and Media Relations insists that it must run the Fund, the Ghana Journalists Association (GJA) and a seasoned media specialist-cum-academic strongly resist the ministry's attempt to administer the Fund.

The embroiling tango between the Ministry and media practitioners and stakeholders has kept the operalisation of the GHC1 million funds in limbo, leaving many journalists and media watchers dismayed.

More than a year after the government announced the Fund to facilitate media development in Ghana; the Fund is yet to take off.

The issue of the non-existence of the media fund has come for public discourse when President John Dramani Mahama stated in the State of the Nation last Thursday that; “The newly established Media Development Fund aimed at improving capacity within the media will be operationalised this year”.

In an interview with Public Agenda, Mr Affail Monney, Vice President of GJA, was uncompromising on the stance of the umbrella professional body against the commando-like hijacking of the running of the Fund by the Information Ministry.

“… The Ministry of Information wanted to disburse the fund but we disagreed. So a committee was set up to look at it. We haven't scaled the hurdle with disbursement”, Mr Monney calmly told this reporter in a telephone interview. He indicated that the GJA was not in favour of the Ministry managing the Media Fund because it could turn to be case of “who pays the piper calls the tune”.

He promised that the Association was “ready to co-operate” with whoever runs the Fund and with whatever mechanism was put in place to manage the Fund effectively and efficiently.

“The structure put in place must be transparent,” he added.

Mr Monney said it was not enough for government and the public to bemoan the current low journalistic practice and standards when the immediate disbursement of the fund could promote what he described as “ethical journalism”.

He contended that training was key in building the capacity of journalists and other media workers.

The GJA had earlier advocated the establishment of a Fund to support media development and then Vice President John Mahama announced the government's intention to set up the Fund on September 9, 2011.

For his part, Professor Kwame Karikari, Executive Director of Media Foundation for West Africa, in an interview with Public Agenda, asked: “Where is the Fund? If it exists, what is the account? There are many questions to be raised about the Fund,” Prof. Karikari added.

He kicked against the government managing the Fund by the Ministry of Information and Media Relations, making suggestions he believed would help its better disbursement.

“Government should invite the National Media Commission, GJA, Ghana Independent Broadcasting Association, Ghana Community Radio Network and PRINPAG and the Ministry of Information to represent government to form a body to discuss immediately how to administer the Fund”.

He argued this multi stakeholders body would ensure that there is transparency in the disbursement of the Fund by setting up an independent management board to run the Fund.

Prof. Karikari proposed that 75 per cent of the Fund should be used as a credit facility with a six per cent interest per annum for qualified media houses which are not sectarian in their operations to revamp or capitalise.

He said 25 per cent should be given to credible accredited media training institutions which have tendered proposals that have been properly assessed.