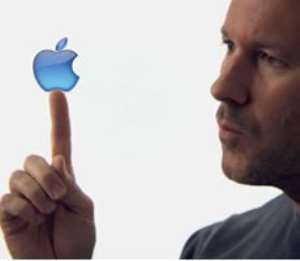 Apple has dropped a planned vote of shareholders after a US judge blocked the move in an ongoing spat over what to do with the tech giant's huge cash pile.

The judge backed a lawsuit by activist shareholder David Einhorn, who wants Apple to return more cash to shareholders.

Apple boss Tim Cook had called the lawsuit a "silly sideshow" but has complied with the judge's ruling.

The firm has $137bn (£90bn) in cash.
This is despite having already repaid $10bn via dividends and share buybacks.

Following the preliminary ruling by US District Judge Richard Sullivan in New York, Apple has dropped plans to ask shareholders to vote on whether to abolish a contractual right that the company currently enjoys to issue such preference shares without limit.

'Disappointed'
Apple had bundled the move, together with several other changes to the way in which the company is organised, into a single voting proposition for shareholders - something that Mr Einhorn said is illegal and the judge agreed.

"We are disappointed with the court's ruling," Apple spokesman Steve Dowling said. "[That proposal] is part of our efforts to further enhance corporate governance and serve our shareholders' best interests."

Mr Einhorn objects to the fact that a significant percentage of his investment in Apple shares in effect sits idle, invested in cash that pays very little return and has accused Apple of a "Depression-era mentality".

He wants Apple to issue perpetual preference shares to existing shareholders. These are a special type of share that pay a regular flat dividend in perpetuity, and which receive their payment in preference to the dividends paid out on ordinary shares.

Apple has said that it is keeping hold of the cash so that it is ready to make a major acquisition as and when the opportunity arises.

Apple has built up huge cash reserves by making extremely profitable products like the iPhone, iPad and the iPod.

We’re Investing Massively In Infrastructure; Not Rearing Fly...
24 minutes ago

Mahama Shakes Tarkwa As Menzgold Customers Give Him Rousing ...
24 minutes ago