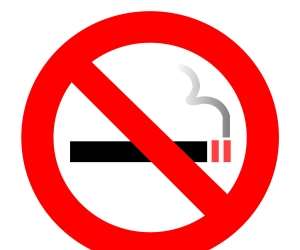 Accra, Feb. 22, GNA - The Vision for Alternative Livelihood Development (VALD), a non-government organisation, a leading advocate on the effects of tobacco use in Ghana has appealed for proposals from stakeholders for Tobacco Control Measures Legislative Instrument (LI).

It said this would enable the Ministry of Health and the Attorney General's Department to develop a strong LI for the Part Six of the Public Health Act 2012 (ACT 851).

Mr Labram M. Musah, Programme Director of VALD, made the call on Friday a day's workshop on the development of the LI at the Miklin Hotel in Accra.

At the event attended by representatives of civil society groups, Mr Musah said the law was passed by Parliament and assented by the President in October 2012, however the LI is yet to be enacted to make the measures effective and enforceable to the benefit of the citizenry.

He urged institutions not to allow tobacco interested groups or individuals to interfere in their activities saying 'be bold to tell them that they have no business to be among you at your functions.'

Mrs Edith Andrews Annan, Country Adviser - Essential Medicines of the World Health Organisation (WHO) who represented Dr Iddrisa Sow, Country Representative - WHO, said laws are made to safe-guard the people and therefore communities must get involved to make it enforceable.

She said it was everybody's responsibility but not the government alone to educate the public on the harmful effects of tobacco use and also the people should be made to know the role of the Food and Drugs Authority.

Mrs Annan commended the VALD for their role in educating the citizenry and assured them of the WHO's support in the drafting of the LI and its implementation.

Mr Darlington Divine Logo, Health Research Officer of the Ministry of Health, asked civil society groups not only to think of banning tobacco but write proposals suggesting alternative livelihood for people who are into such business.

He said that would go a long way in helping to reduce tobacco use and the influence of the companies.

Mr Ali appealed to the people to submit their proposals to the Attorney General's Department and the Ministry of Health to enhance the development of LI on the Tobacco Control Measures.