Pistorius says thanks for prayers 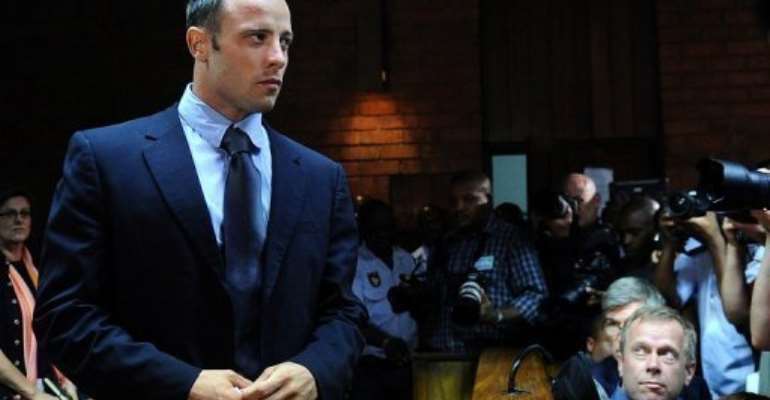 Oscar Pistorius appears at court in Pretoria on February 22, 2013. By Alexander Joe (AFP)

JOHANNESBURG (AFP) - South African Paralympic icon and murder suspect Oscar Pistorius on Saturday said he was thankful for prayers offered to his family and that of his slain girlfriend, a day after he was freed on bail.

"Thank-you to every person that has prayed for both families, Osca" read a tweet posted by his brother Carl, in his first public reaction, outside of his court appearances, since his arrest nine days ago for killing Reeva Steenkamp.