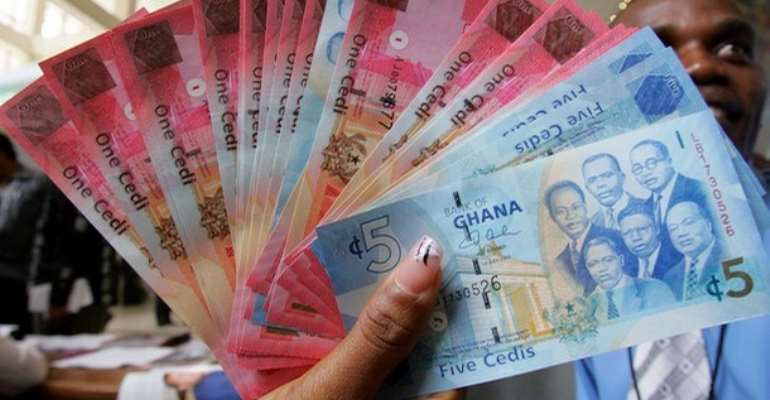 The Ghana Trades Union Congress (TUC) has written to the Minister of Employment and Labour Relations to, urgently reconvene a National Tripartite Committee (NTC) meeting to determine a new national daily minimum wage for 2013.

It said the high cost of living and hardship imposed on workers as a result of increases in fuel prices had occasioned the request.

"The negotiation of the base pay and relativity on the single spine salary structure (SSSS) will commence immediately after the national daily minimum wage for 2013 has been determined. The recent increases in the emoluments for the President, his ministers, Members of Parliament (MPs) and all office holders under Article 71 will also serve as a good guide for pay negotiations in 2013. What is good for the goose is equally good for the gander!" the TUC said in a statement released in Accra yesterday after, a meeting on Wednesday to consider the impact of fuel price increases on public sector workers.

It also criticised the government and its officials for giving the impression that organised labour had been consulted before the fuel price increases.

"We would like to place on record that contrary to what the government and its functionaries would have Ghanaians believe, organised labour was never consulted on the current petroleum price increase," it said.

The TUC said when leaders of organised labour paid a courtesy call on the President on Friday, February 15, 2013, the President informed them of the government's intention to increase fuel prices, among other important national issues.

"We do not consider this to be a consultation. We have assured the government of our readiness to dialogue over issues of national importance. But we take a very serious view of a situation where the government gives the impression that it has consulted organised labour when, in fact, no such consultation has taken place. Consultations on such important national issues must be genuine," it said.

It added that prior to the meeting with the President, an invitation from the Ministry of Energy and Petroleum to the TUC to discuss the matter of petroleum pricing was cancelled by the ministry the very morning the meeting was supposed to take place.

The TUC also took exception to the impression created by government propaganda before the increases that sought to link petroleum subsidy to public sector pay.

It said various figures had been touted by government officials as representing the proportion of total revenue that went into public sector pay, creating the impression that public sector pay was a windfall for undeserving public sector workers, with no commensurate service or value from them.

"We strongly condemn the attempt by public officials to blame public sector workers for policy failures. We were all witnesses to the changes in government spending, particularly in the months leading up to the 2012 general election," it said.

"The notion that public sector pay is consuming about two-thirds of national revenue and has become an albatross on the neck of government has been pushed to levels where the TUC can no longer keep mute over it. The TUC believes that about half of the over GHc 9 billion that is said to be spent on public sector pay is actually being spent on the emoluments, including arrears and pecks, of political office holders," it added.

The TUC said in the aftermath of the increases in fuel prices, the debate over whether subsidies had been totally removed or maintained raised two important issues regarding petroleum pricing and the petroleum industry as a whole.

The first, it said, had to do with taxes on petroleum products which had become an important source of government revenue.

It said it had, in the past, drawn attention to the regressive nature of petroleum taxes and called on the government to consider removing taxes on petroleum products.

"We believe that petroleum taxes have higher negative impact on the poor than on the non-poor. We challenge the government to show otherwise," it said.

The second issue, the TUC said, was corruption and the lack of transparency in the petroleum industry.

"There are too many players in the petroleum industry profiting at the expense of ordinary Ghanaians. The petroleum products price build-up contains as many as six different margins designed to benefit a few owners of marketing companies and other players in the industry. The relevance of some of these players is difficult to tell," it pointed out.

The statement said it had every reason to suspect that the lack of transparency in the petroleum industry was deliberately designed to facilitate corrupt practices by the few people in society who were well connected.

The TUC added that it would resist any attempt to privatise the Tema Oil Refinery (TOR) because such a move would not be in the interest of majority of Ghanaians.

It said already officialdom was beginning to push the idea that TOR — an important national asset — was grossly inefficient and must be privatised, noting, "As it is, TOR is suffering the fate that has befallen all important state assets — run it down in preparation for privatisation."

"Why should Ghana stop domestic refinery and import refined products now that we are producing oil in the country? We are certainly on the road to repeating the mistakes of other countries on the continent," the TUC warned.