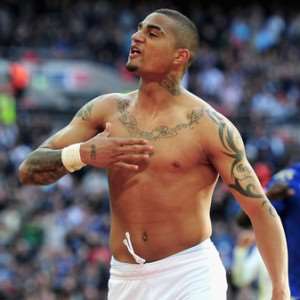 Ghanaians are split on whether to welcome Kevin Prince Boateng back into the Black Stars, or only with his apology for his refusal to join the team before. This shows the average Ghanaian does not have a clue as to what may have prompted Kevin NOT to rejoin the BS under the Serbian Coach.

In 1963, I was walking home in East London, when a filthy, smelly beggar asked me for a “tanner”. Upon my response “I don't have any change”, he jumped straight up, shouting “you come from Ghana, You are a Ghanaian”; to which I asked incredulously “How do you know that?”. “I've been to Ghana”, he said with nostalgia all over his face, and in his voice. “YOU HAVE BEEN TO GHANA?AND FOR WHAT?”

The pitch and volume of my voice gave away my disbelief and irritation of this filthy WHITE beggar toying with me and my beautiful country. Sensing my anger, he quickly jumped in “you see, my childhood friend, working in Ghana, came home on vacation, saw me desolate, and suggested for me to apply for a Ghana government job.

A deputy chief engineer was needed in his department, but I should not use his name. He would make sure I was the only white applicant, and that the Ghanagovernment would definitely hire me. So I did, and got the job. The Ghana government paid my airfare, gave me a fully furnished bungalow, a car with a driver, a maid, and a garden boy. Man. I was living like a-----”SHUT UP YOU, LIAR”, I shouted as I took off, now seething. I could not shake the feeling that hewas telling the truth.

Kevin Prince Boateng is bi-racial, from a White German mother and a Black Ghanaian father. He grew up and started his soccer career in Germany. He chose to come play for Ghana. He came to find a 3rd rate WHITE coach who was being pampered and worshipped by both the GFA Management, and the public at large. The salaries, perks, bonuses, and privileges accorded this 3rd rate WHITE wouldn't be extended to any BLACK coach.

IF I WERE MR. BOATENG, I WOULD ALSO NOT TAKE THIS “WHITE IS BETTER” SYNDROME IN GHANA OF ALL PLACES. I applauded Mr. Boateng when he took off his jersey, and walked off the field in a friendly match in Greece when some hooligans began shouting racial insults at him. And I equally applauded the whole team for following suit in support of Kevin.

I bet you my bottom dollar, a Ghanaian team would have stayed on the field, and would have asked Kevin to “give it to god (fa ma nyame)” and come back to the field.

The Ghanaian does not get, see or believe this; THE WHITE IS NOT BETTER THAN THE BLACK.

This singular Syndrome is why our government officials, ministers and presidents negotiate away our wealth, minerals/oil and sovereignty to the WHITE, PINK, and YELLOW foreigners in ridiculous contracts/agreements.

The Chinese are ruining our farmlands and drinking waters with impunity, and our government and security forces are afraid to tackle them, because they are “WHITE”. Mining companies every year haul away billions of dollars of gold, etc. with little or no returns to the local communities or government; our officials look on in support because these companies are WHITE.

The list goes on and on!!
INSTEAD OF VILIFYING KEVIN PRINCE BOATENG, I HOPE WE LEARN A LESSON FROM HIM, AND NOW THAT WE HAVE A GHANAIAN COACH, WARMLY WELCOME HIM BACK INTO THE BLACK STARS.

I also wish we can have at least 5 of the 2010 world-cup squad, including Kevin, Sulley, Dede, in the mix of the new players for this new Black Star team.