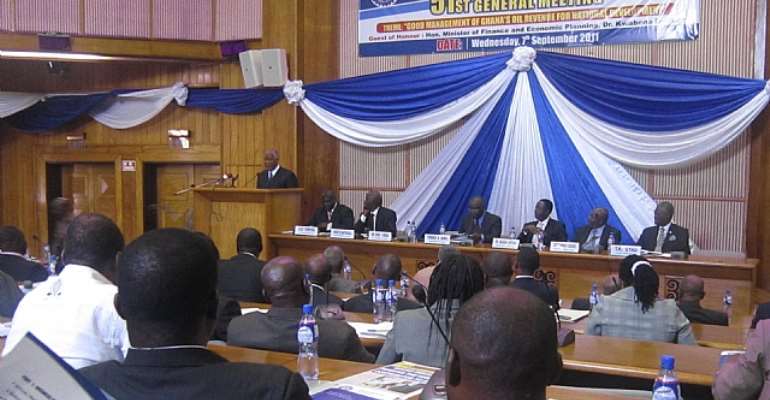 Accra, Feb. 21, GNA - The Ghana Employers Association (GEA), has called on government to as a matter of urgency take practical steps to deal with myriad of challenges undermining the growth and sustainability of businesses.

The GEA listed high interest rate, irregular and unreliable electricity and water supply, influx of counterfeit goods in the market, limited physical infrastructural development and increase in petroleum products as some of the problems militating against the growth of businesses in the globally competitive economy.

These challenges stifle job creation potential of employers as well as capital expansion and go a long way to affect potential profits, said Mr Terry Darko, President of GEA on Wednesday during a cocktail dinner to herald the association's activities on its calendar for the year.

MrDarko asked members to support the association to relentlessly pursue a common objective to create congenial business environment for enterprises to grow and become profitable.

He said the GEA has engaged government on these issues for several years to without success.

He said it was against this backdrop that the association has once again submitted its inputs to the Minister of Finance for consideration and incorporation into the 2013 national budget.

High cost of capital is a major constraint which makes it difficult for businesses to meet production cost and increase the cost of working capital.

He noted that the competitiveness of Ghanaian businesses could not be sustained under high interest rate regime and called on government to show greater commitment by instituting policies to reverse the situation.

MrDarko said enjoying regular, reliable and affordable electricity supply has been a major dream of entrepreneurs and called on the government to initiate short, medium and long term measures to accelerate the electricity supply needs of the country.

He called for institutional reforms in the energy sector to reduce inefficiency in production, transportation and use of power.

MrDarko observed that there is an urgent need for Ghana to overhaul the rail network to facilitate the transportation of goods and people, ease the pressure on the country's road network, offer cheaper means of transportation and reduce the cost of doing business.

He said though in principle GEA agrees with full cost recovery in the production and sale of fuel products, 'we are unhappy with the way such periodic increases are managed'.

What Will The Publication Of 260-Page Cocoa Road Audit Repor...
41 minutes ago