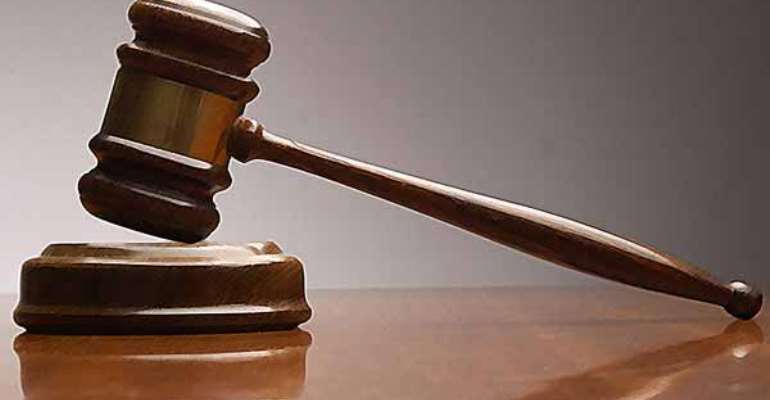 Aflao, Feb. 21, GNA - James Obiji, Chinunyerem, 40, a Nigerian businessman who posed as a cook of former Ivorian President Laurent Gbagbo and attempted defraud a farmer near Aflao of millions of CFA Francs has been picked up by the Aflao Police.

He was put before an Aflao Circuit Court for attempting to commit a crime and remanded in police custody to be reappear on March 1.

Chinunyerem pleaded not guilty.
Mr Stephen Wuni, a Police Detective told the court presided over by MrOwuaheneAcheampong that that complainant, KwasiDzordzinawo, a farmer lived in Duta, near Aflao where the accused also lived.

He said on January 22, Chinunyerem met Dzordzinawo near the Aflao Police Station while he was returning home and introduced himself to him as a cook of MrGbagbo.

MrWuni said Chinunyerem claimed MrGbagbo was at Aflao visiting the General Manager of the Diamond Cement Ghana Limited and impressed on Dzordzinawo to lead him to the factory.

He said on the way, the accused rather convinced Dzordzinawo to send him to his house where Chinunyerem pulled out large shreds of black papers cut in the sizes of currency notes.

He asked Dzordzinawo to give him 3, 300,000 CFA Franc to enable him acquire chemicals to turn the papers into currency notes for him.

He said bemused Dzordzinawo asked Chinunyerem to return another day for a deal.

MrWuni said at 1900 hours on February 4, Dzordzinawo asked Chinunyerem to come for the money and was arrested.

Chinunyerem mentioned one Kodzo and Francis as accomplices.