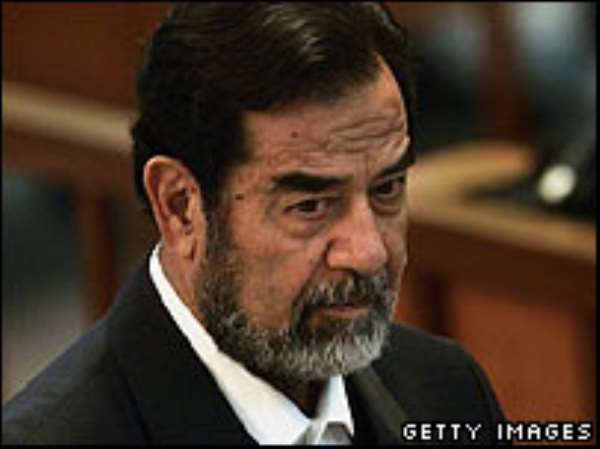 It seems as though the 419 scammers, who usually purport to be from a strife-torn African country – Nigeria, Uganda, Zimbabwe and Ghana are favourites – have discovered a new and possibly more believable tack.

The latest scam involves sending out a mail claiming to be a captain in charge of Coalition forces in Iraq that are guarding goods found in some of Saddam Hussein's supposed “treasure houses”.

In true 419 fashion, the mail claims that the goods, which are reported as being gold bars, gold coins and sealed boxes of currency, were captured during the fall of Baghdad and now these troops wish to make an arrangement to get them out of Iraq for “safekeeping”.

419 scams are named after the section of the Nigerian criminal code that specifically deals with the offence that has become synonymous with Nigeria.

As is always the case in these types of scams, the sender claims to be unable to transport the goods to America, which is why he is instead soliciting help from outsiders for this purpose.

Three key factors give this new e-mail away as being the latest spin on what has become a rather tired, although seemingly still effective, method of parting the foolish from their cash.

As in all of such cases, the mailer promises vast quantities of wealth to whoever helps them move the goods, in this case 25% of the total value.

Secondly, it has numerous simple spelling mistakes in the mail and a generic “reply to” address, which are generally taken as clear signs that the sender is not who they claim to be.

Finally, there is the request that the issue must be handled with utmost confidentiality as to avoid publicity.

It was recently reported in Britain that one of the latest tactics involved tapping e-mail networks and posing as major London banks, with the fraudsters having reportedly tricked Britons out of millions of pounds – with each victim last year losing on average an estimated £22 000 (around R250 000).

The particular topicality of the Iraq situation makes this latest 419 seem a far more believable prospect than some of the previous scams, but should you receive a mail purporting to be from US troops in Baghdad, be warned: there is no such thing as a free ride.