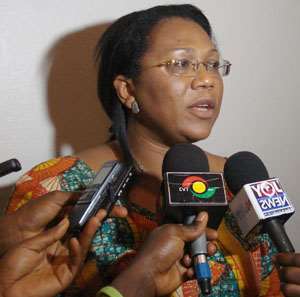 The Director of Policy at the Ghana AIDS Commission (GAC), Madam Mary Oforiwaa Asante, has stated that HIV prevalence rate among adults in Ghana has been stabilized at 1.5%, declining from 2.7% in 2005, while estimated 1,277 new infections occurred in 2011 nationwide, out of which 177 were children.

Madam Asante, who was presenting an overview of the HIV situation in Ghana on Monday at a regional dissemination of the revised national HIV and Aids, STI policy in the Upper West Region, attributed the situation to low condom use, multiple and concurrent sexual partners, stigma and discrimination, and the inability of key vulnerable populations to adopt protective behaviours and access HIV and AIDS, STI service.

Madam Asante said HIV and AIDS contributed significantly to mortality rates in Ghana, and had dire social and psychological impacts on both the infected and affected.

She further pointed out that lack of sustainable funding for the national response strategy, shortage of the ARV, test kits and logistics, weak capacity and low coverage of Civil Society Organizations (CSOs), as some of the main challenges hindering the fight against HIV in the country.

The  GAC Policy Director said the overall goal of the revised national HIV and AIDS, STI Policy was to create a favorable environment for each aspect of HIV and AIDS, including other STIs in relation to their prevention, care and support.

She said the objective was to halt and reverse the incidence of new infections, with an ultimate aim to achieve zero new infections, eliminate mother-to-child transmission of HIV, and reduce HIV associated morbidity and mortality, to ensure the continued survival of men, women and children who were infected with the virus, among others.

The Deputy Director of the Upper West Regional Coordinating Council (RCC), Mr. Benedict Dery, thanked the Ghana ADIS Commission and the 'Heart-to-Heart' Ambassadors for the nationwide campaign on stigmatisation against persons living with HIV.

According to him, stigma was the most important barrier to people to disclose their HIV status, or even associating themselves with anything that had to do with HIV, thus the reason for the continued spread of the disease, particularly in the Upper West Region.

Mr. Dery called on traditional rulers to do away with socio-cultural practices such as widowhood rites, and remarrying by a woman within the same family after the death of the husband, saying they contributed to the high rate of HIV infection among women.