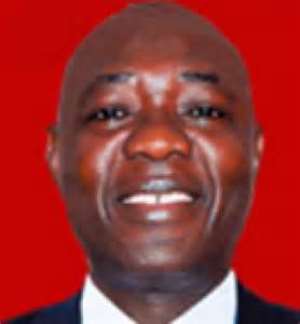 A new report has faulted the Government of Ghana (GoG) for failing to keep its promise on funding sanitation thereby denying seven million Ghanaians access to sanitation.

The report by the international development charity, WaterAid revealed that unless investment is increased, the challenges of urbanisation, inequality of access, climate change and population growth risk turning back the clock even further.

The WaterAid report (February 2013), titled 'Keeping Promises: Why African leaders need now to deliver on their past water and sanitation commitments', was based on the findings of case studies of five African countries; namely Ghana, Rwanda, Niger, Sierra Leone and Uganda.

According to the report, from 1990 to 2010, the population of Ghana grew by 9.4 million, however, only 2.3 million people secured access to sanitation over the same period.

In total, the report said nearly 21 million, out of 24 million people – 86% of the population - are without access to a safe improved toilet. Almost 50% use shared latrines while 19% practice open defecation.

The report uses the Government's own figures to demonstrate that funding on sanitation has fallen short of their public commitments.

It said between 2008 and 2011, the GoG spent an average of 0.3% of the country's GDP, equivalent of GH¢116.45 million on water and sanitation combined. The amount, the report noted, was far short of the 0.5% of GDP that the GoG committed in spending on sanitation alone through the 2008 eThekwini African Union declaration.

The report comes barely four months after comments by the then Minister of Local Government and Rural Development, Samuel Ofosu Ampofo, that the GoG had secured a 100 million Euros grant facility from the Dutch Government to help rid the country of filth.

In addition to the grant facility, the Dutch Government, the minister noted, has also made available a 30 million Euros to the private sector to support the country's commitment towards ensuring environmental sustainability.

That notwithstanding, Mr. Ampofo also announced that the ministry had also secured an extra US$11million credit facility from the India Exim Bank to purchase additional logistics for the various Assemblies to manage waste effectively at the local level.

It is, however, not clear, whether those monies have been released to the Ministry of Local Government and Rural Development to pursue its agenda of pursuing good sanitation and hygiene countrywide.

The WaterAid report calls on the Government of Ghana, alongside other African governments, to not only meet their 2008 eThekwini spending commitments of 0.5% of GDP, but to go further by aiming to spend at least 1% of GDP on sanitation and hygiene, in line with the recommendations of a 2011 World Bank report.

The report also highlights World Bank figures showing that poor sanitation access currently costs Ghana 1.6% of its GDP a year. This is four times the average annual amount being spent to improve access to both water and sanitation.

Dr. Afia Zakiya, WaterAid Ghana's Country Representative said: 'Ghanaians waste 850 million hours every year looking for somewhere to go to the toilet and you can add to this the costs of illness and medical bills of those contracting diseases due to the unhygienic conditions.

Overall, the loss to Ghana is 420 million Cedis per year. Now is the time for the Government to meet its financial commitments on sanitation, and end sanitation and water poverty, and its daily toll on human life, health and livelihoods.'

Five years on, the report noted, little progress has been made on separate budget lines for spending on sanitation and water, which is another key commitment made as part of the eThekwini declaration to improve accountability and track progress. Ghana is reportedly having a financial gap of US$69.5million to meet its strategic investment plans.

The report, therefore, charged on donor agencies to be ready to support African governments that show strong leadership and intent to strengthen their sanitation and water crisis.”Given the scarcity of available funds, it is imperative that those allocated are used and targeted effectively,” the reported noted.