Let's Celebrate the Ethnic Diversity that Makes Our Homeland Great and Strong! 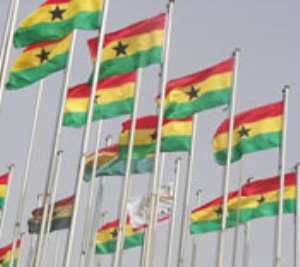 The quest for political power is gradually tearing our country apart. If Ghana becomes an economic powerhouse but its citizens lose the love they have for each other and for country, scripturally speaking, we would have lost our souls.

The National Democratic Congress (NDC) party in its quest for power has succeeded in defining the opposition National Patriotic Party (NPP) as an Akan party and therefore the NDC as the party for all non-Akans. It is a political calculation that may win elections but its diabolical consequences are gradually emerging. Haruna Iddrissu questioning whether Ewes and Northerners will be safe in the Ashanti Region is a call for action to halt the ethnic nonsense.

The use of ethnic divisions as a political tool should be a subject that the so-called Peace Council should tackle head on. The political parties must lead in this endeavor because Ghana, our beloved country, must be free from hatred and ethnic strife.

We have always celebrated our diversity. The Black Stars offer the best example. When the Ahmed Razaks, Ayews, and Mohammed Polos from the North, join the Kwasi Owusus, Dan Oppongs and George Arthurs from Brong, and the Papa Arkos, Opoku-Afriyies and Opoku-Ntis from Asante team up with the Francis Kumis and Opeele Aboagyes from the Eastern Region, our Black Stars perform. Ghana has benefitted from the Adolf Armahs, Joe Quarcooes, Amarteifios, Sam Johnsons etc. from the Greater Accra Region, playing with the Vorsahs, Joe Texs', Asaase Jays, and Willie Klutses from Volta. When the Kofi Abbreys and Ayippeys from the Western Region have crossed their corners, the Carrs and Robert Mensahs from Cape Coast and the Essiens of the Central Region have been there to advance the cause of the Black Stars. That is the beauty of our beloved country.

A.B. Crentsil celebrated our diversity in his “Ye wo adze oye ara sokoo” song and we all dance to it. Whether it was 'Cocoa love' from Asante or a shout out to Western Regions “atseke na paya”, we all loved it and dance to it. So, why are our politicians dividing us for their selfish gains? We must condemn it and do so vehemently.

One solution might be to dissolve the parties after each election or ban the parties completely and let all candidates contest as independent candidates. We must debate this and act before 2016.

The country of the Kente cloth where different colours blend to form a rich national asset must extend that ideology to the national discourse. Mahama played the ethnic card when he called for a Northern president and so did Nana Akuffo-Addo when he was quoted as saying “Yen Akanfuo”. The urgency of this matter must not be underestimated. The glue that holds the country is coming apart and Haruna Iddrissu's thoughtless question must spur us on to address this subject.

The politicians will not act unless it advances their political interest so let the religious leaders take the lead and draw the politicians in. Act Now!