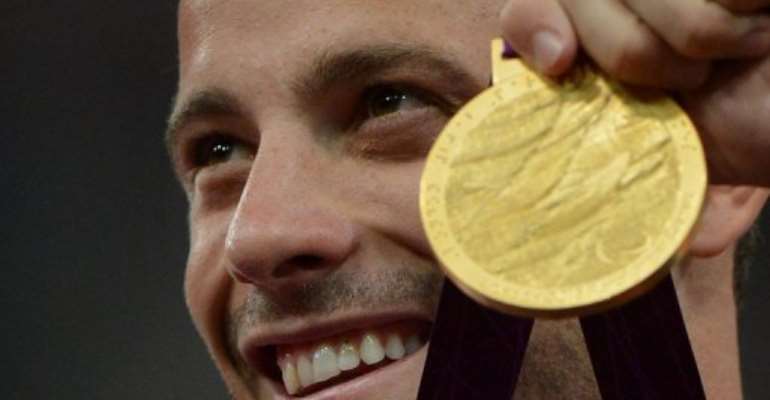 JOHANNESBURG (AFP) - Oscar Pistorius nearly shot a friend at an upmarket restaurant recently when the pistol he was looking at accidentally went off, local media reported on Monday.

The incident occurred less than a month before the star athlete was charged with murder after his model girlfriend Reeva Steenkamp was shot dead at his upscale home in the early hours of Valentine's Day.

His family has strongly denied that he intentionally killed his girlfriend and the sprinter is due to appear in court on Tuesday at a bail hearing.

Pistorius was looking at a friend's gun at a restaurant in Johannesburg when the firearm discharged accidentally, Kevin Lerena told the Afrikaans-language Beeld newspaper.

"I had quite a fright, because the bullet hit the ground centimetres (inches) from my foot," said Lerena, a professional boxer, who described the incident as "a freak accident."

"For some reason it got caught on his trousers, flipped the safety pin and a shot went off. I wouldn't say he was negligent. Days afterwards he was still apologising."

"The revolver belonged to one of his friends... he wanted to have a look at it."

The restaurant manager heard a loud bang, but Oscar and his friends denied anything had happened, he told the newspaper.