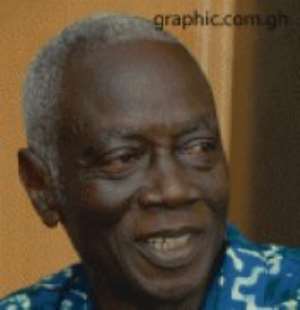 The Electoral Commission has failed to prove the existence of 241,524 voters abroad and returning peacekeepers whose inclusion in the voters register increased the number of the register from a provisional 13,917,366 to 14,158,890 as stated in the Electoral Commissions response to the plaintiffs petition in the ongoing Supreme Court case challenging the declaration of John Mahama as winner of the Presidential elections held on December 7th and 8th.

It would be recalled that in paragraph 6 of its response, the Electoral Commission in responding to the part of the plaintiffs' petition questioning the integrity of the voters register stated “In answer to paragraph 12 of the Petition, the 2nd Respondent says that the initial provisional figure it announced of registered voters was 13,917,366. After the conduct of registration of Foreign Service officials, students abroad on government scholarship, other Ghanaians working abroad in International organizations and the late registration of service personnel returning from international peacekeeping duties, it announced a figure of 14, 158,890 representing the raw entries in the Registration Database”.

However, after seven days of waiting all the Electoral Commission could produce was a list of 705 Ghanaians representing Ghanaians in foreign missions, Ghanaians working in other international bodies and Students on Government Scholarship as well as a list of 2,178 returning peacekeepers.

On the foreign registrations, the EC indicated that it registered 182 Ghanaians in Europe, 106 in the Americas, 81 in Asia, 79 in East and South Africa, 93 in North Africa, 109 in West Africa. Fifty- five (55) others were registered in Accra comprising staff serving in Ghanaian missions abroad who had returned home.

On the retuning peacekeepers, the EC answered that 120 personnel were registered in the Volta Region, 92 in the Brong Ahafo Region, 210 in the Northern Region, 216 in the Western Region, 106 in the Ashanti Region and 1,434 in the Greater Accra Region representing a grand total of 2,178.

The two lists which total 2,883 falls grossly short of the 241,524 demanded by the lawyers of the plaintiff which was duly granted by the Supreme Court.

Should the Electoral Commission fail to just the inflation in the Voter's Register of over 240,000 names, it would validate the fear of many that the voter's register was badly tampered with which aided greatly in the manipulation of the outcome of the elections.

In declaring the results of the Presidential election on December 9th, Dr. Kwadwo Afari Gyan quoted 14,158,890 as the total registered voters. Few days later, the electoral commission changed this figure on its website to 14,031,793, a figure still present on the Commission's website but strangely, the Commission used a totally new figure of 14,031,680 in gazetting the results of the elections.

Another interesting development is how the figures keep changing from Electoral Commission sources on the numbers in the voters register at the various stages of the electoral process. In responding to the plaintiffs petition, the Electoral Commission indicated that after the foreign registrations, the figure jumped to 14,158,890; however speaking two days ago to the Daily Graphic, Mr. Amadu Sulley, a Commissioner, quoted 14,031,793 as the figure after the registration of Ghanaians abroad.