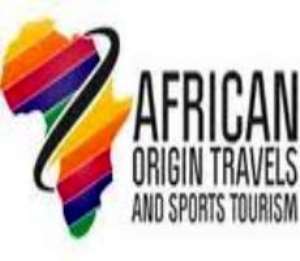 Three Ghanaian journalists were on Tuesday 12th February assaulted by suspected 'bodyguards' of the Chief Executive Officer of African Origin Travel and Sports Tourism at the OR Tambo International Airport.

The three well built men assaulted Skyy TV's Russell Wiafe on suspicion that he was taking pictures of stranded Ghanaian Supporters at the airport.

Mr. Wiafe received hefty blows to his head before he could reject the accusation saying he was only taking a picture of another female journalist Helga Goka.

Freelance journalist Emmanuel Gyamfi also had his fair share of the sudden attack after he tried to intervene during the melee.

Mr. Gyamfi tried to explain to the assailants that they could uncover the truth or otherwise of the accusation by taking a look at the memory chip of the camera.

Helga Goka, who writes for the Tide newspaper, was also manhandled by the infuriated men who were suspected to be bodyguards of the Chief Executive Officer of African Origin Travels and Sports Tourism, Samson Deen.

Russell Wiafe confirmed the incident to www.liquidsportsghana.com and added that the three men seized his memory chip and are yet to return it.

Scores of Ghanaian supporters, who were sponsored by the government to support Ghana's campaign at the 2013 African Nations Cup, thronged the OR Tambo International Airport from Monday 11th February to catch a flight home following the conclusion of the African Nations Cup on Sunday.

But many were left disappointed after realising they were not part of the group scheduled to leave for Accra. Some supporters were at the airport as early as 5:00am to join long queues.

The uncertainty continued on Tuesday and Wednesday with officials of the Government contracted Travel and Tour agency, African Origin Travels and Sports Tourism working around the clock to secure tickets for the desperate supporters.

Two chartered planes left the shores of Johannesburg to Accra on Monday and Tuesday while other people were booked on other flights to reduce the load.

However, the process of confirming ones ticket was rather cumbersome. First, the person has to wait for his/her name to be mentioned by an official of African Origin Travel and Sports Tourism who then collected passports for booking at the South African Airways counter.

It then took between an hour and two for the booking arrangement to be completed after which passengers were given boarding passes to join the long queue to check-in for takeoff.

It was not too clear the reason for the sudden attack on the journalist on Tuesday. But several journalists who were eyewitnesses to the incident later told www.liquidsportsghana.com that they suspected that the three assailants were ordered to stop Russell Wiafe from taking pictures of the chaotic scenes at the airport.

The Chief Executive Officer of African Origin Travel and Sports Tourism Samson Deen could not be reached for his side of the story as he was said to be in a meeting. An official of AOTST told www.liquidsportsghana.com that Mr. Deen would be the right person to respond to queries on the issue.

It will be recalled that the government contracted of AOTST last month, to secure travel, accommodation and feeding arrangements for the about 1,000 supporters including journalists and some Ghana Football Association officials for the 2013 African Nations Cup in South Africa.