Pakistan sent in to bat in 2nd Test in South Africa 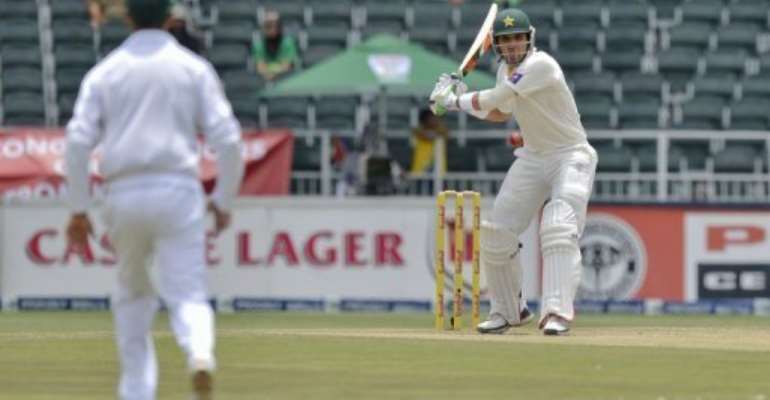 Pakistan captain Misbah-ul-Haq plays a shot during the first Test against South Africa on February 2, 2013. By (AFP/File)

CAPE TOWN (AFP) - South Africa won the toss and sent Pakistan in to bat on the first day of the second Test at Newlands on Thursday.

The Proteas fielded an unchanged team after winning the first Test in Johannesburg by 211 runs.

Pakistan awarded a first Test cap to Mohammad Irfan, their 2.1-metre tall left-arm fast bowler. Fellow left-armer Junaid Khan, one of Pakistan's more impressive bowlers in the first Test was ruled out with a thigh injury.

South African captain Graeme Smith's decision was influenced by early morning rain and partly cloudy skies, while the pitch appeared to have a tinge of green.

Smith was captaining his country for the 100th time after being feted for a century of captaincies in Johannesburg, with one of the matches having been for a World XI.