Gender Inequality; Western Civilization, And The Future We Never Bargained For 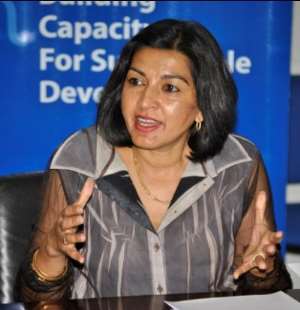 It is quite apropos that I am writing this essay in the morning of the overhyped and essentially empty Valentine's day. As is natural with me, insomnia had kicked in and I am busy surfing through social media and generally brainstorming on a lot of things. Social media this morning is rife with talks of Valentine celebrations and what is expected.

My mind wanders off to the fact that I was just informed that I would be a keynote speaker at the KorloueNow literary reading holding in Port Harcourt. I am thinking what key issue should I address? Then it came to me: gender inequality.

Traditionally, people tend to grapple with the concept of gender inequality as it concerns the man's attempt at lording it over women. Thus women are relegated to the status of second class citizens(as Buchi Emecheta would imply).But I think that this concept is outdated as gender inequality has taken a different and indeed opposite turn.

About a century ago, women liberation movements started erupting in the western world, calling for the liberation of women from the 'evil' clutches of patriarchy. They felt that women were not given enough rights and as such did not stand on the same pedestal with men.

Successes were recorded, and ultimately, Women's Lib filtered into Africa. It must be said that a whole lot of success has been attained and today's African woman can lay claims to being liberated. Yet agitations for the 'emancipation' of women continue. For reasons best known to them, they have gone for the “over-kill”.

But here is the twist. We have become so much focused on the liberation of women that we have failed to realise that while the women are being liberated, they have begun to enslave the men. Let me explain with a petty yet very telling example.

Valentine's day is here now and generally, the man is expected to lavish gifts on his female companion(s).So this guy is expected to take his date to dinner(or more),buy her expensive gifts.

In return, what does the woman give? Most times, nothing or maybe a pair of socks or boxers! Raise the issue and you are told that; 'you are the man, and you are supposed to take care of me and do more'. Wait a minute; shouldn't gender equality stipulate that male and female are now equal? Or does gender equality only come into play when the woman has all to gain?

Which brings me to another point. Western civilization seeks to compensate for the woman's lack of physical strength by protecting her legally and otherwise. This makes the woman have certain rights in the home(like the right to call the house the man built or rented hers),while also giving her the power to file for assault when the man manhandles her. All fair and good.

However, what is the check when the woman abuses the power and say, locks out her husband because 'I don't want to see you in my house'? What about the recurrent issue of the woman now enslaving the man and making him do the womanly chores in the house because 'we are partners here.

I am not your slave'? How hypocritical for the same woman to turn around and say; "It is your duty as the man of the house to fend for this family. We need money for this or that"!Come on babe, we are partners, you should take responsibility for something too!

How convenient it is for women to extract western 'romantic' notions and foist it on the African man as the sine qua non for a successful relationship! The man is therefore expected to not only cater for the woman's material needs, but also tend to the vagaries of her emotional tempest.

Somebody has called me a misogynist before. I am not one. I am only a practical thinker. If the gender issues in our African society are to be properly addressed, then the subsumation of the man by the woman will take a disastrous turn. The man should also be protected somehow. As it stands, men have become the victims and I do not think this was the future we bargained for when we lent our support to Women's Lib.


Livin' my life a legend immortalized in pictures!...Fast cars and jewels...