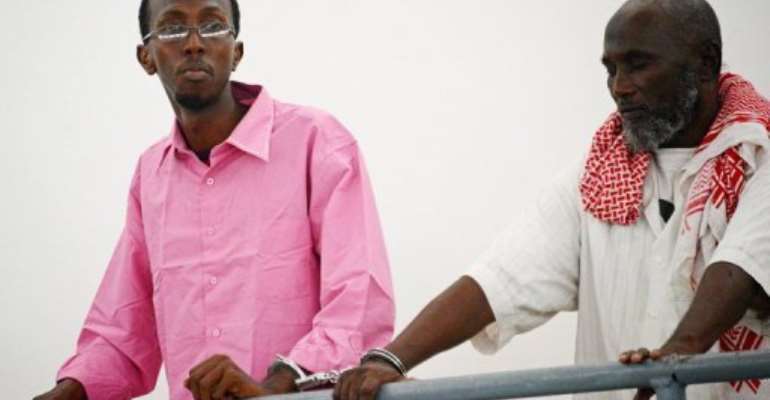 MOGADISHU (AFP) - A Somali journalist was freed Tuesday following a week in custody after he criticised the jailing of a reporter and a source who said she was raped by security forces, colleagues said.

Daud Abdi Daud, who works for Radio Kulmiye, was arrested on February 5 shortly after speaking out at the sentencing for one year of reporter Abdiaziz Abdinuur and the alleged rape victim he interviewed.

Human Rights Watch, quoting credible sources, said Daud was arrested after "saying that journalists have the right to interview people".

HRW added that Daud was transferred from police custody to the central prison in Somalia's capital Mogadishu on Monday.

According to the National Union of Somali Journalists, Daud was released on Tuesday afternoon, the day Abdinuur's lawyers lodged an appeal.

But since then rights groups and Somalia's journalist union have warned security forces have continued to crack down on the media.

Mohamed Ibrahim, head of the journalist union, said he was "outraged by the arbitrary arrests, threats and intimidations" against journalists following the case, and called for Abdinuur's conviction to be quashed.

Abdinuur and the woman were each sentenced to a year in jail for insulting state institutions, even though the journalist did not broadcast a story about the case.

The court deemed the woman's story to be false after a midwife conducted a "finger test" to see if she had been raped, a practice HRW said was an "unscientific and degrading practice that has long been discredited".

Amnesty International, the Committee to Protect Journalists and HRW said in a joint statement that the initial case is "linked to increasing media attention given to the high levels of rape", including by security forces, in Somalia.

Prime Minister Abdi Farah Shirdon on Tuesday stressed his government's "committment to a free press", and urged that legal processes be followed correctly in the detention of Daud, and the expected appeal cases of Abdinuur and the woman.

"We have an independent judiciary in Somalia and although the government cannot and must not be involved in the administration of justice, I am urging due process be followed at all times," Shirdon said in a statement.

Somalia has been ravaged by conflict since 1991, but a new UN-backed government took power in September ending eight years of transitional rule by a corruption-riddled government.

Many have said the new government offers the most serious hope for stability since the fall of dictator Mohamed Siad Barre in 1991.