We would oppose removal of subsidies - AFAG 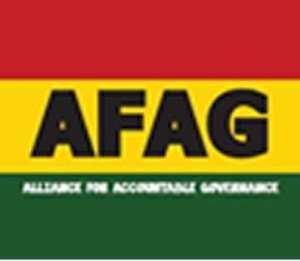 The Alliance for Accountable Governance (AFAG) says it will oppose any attempt to remove subsidies on petroleum products.

According to Dr Nana Afriyie Ayew, the President of the pressure group, whenever the subsidies were removed, it always came with ripple effects on the poor.

Dr Ayew was reacting to demands by the NPA at a roundtable discussions organised by Citi FM that the subsidies be removed because the current practice was unsustainable.

He argued that any such action would increase the economic burden of the poor.

He, however, agreed that in the long term it would not be economically viable for the country to continue subsiding fuel prices.

He also took the government to task for what he described as lack of transparency in the petroleum sector.

While from 2009 to 2012, the cost of subsidy was GHc1.5 billion, the NPA projections indicate that it would cost the public purse GHc2.4 billion this year to subsidise fuel.

That is an average of GHc200 million monthly and approximately GHc6.7 million daily. Given that there is an estimated 1.2 million vehicles including commercial ones, the government is spending approximately GHc5.60 daily in subsidising fuel for each car.

On the theme, 'Fuel subsidies in Ghana: Necessary evil or misallocation of resources,' the programme brought together participants from civil society organisations, the Ministry of Energy and the media.

Contributing to the discussions, the Member of Parliament for Obuasi, Mr Kwaku Kwarteng, observed that the government was not properly financing subsidies.

“When we hear for instance that government has retired Tema Oil Refinery (TOR) debts, government floats bonds. So government goes to borrow to pay that and then that borrowing becomes part of the national debt.”

“That is not financing subsidy. If you want to finance subsidy, you must properly budget for it and pay them off. We are providing subsidy without paying for it,” the NPP MP added.

He, however, said for now simply removing subsidies because the government was not able to handle them well was not right.

He said in the long term, the government should not continue to subsidise because it was difficult to direct the subsidies into empowering the poor and the vulnerable.

“You put subsidy on diesel and people are riding in big cars, you have commercial people using that to make profit and yet it is supposed to be a social intervention,” he added.

Mr Kofi Bentil, the vice president of IMANI was of the view that the removal of the subsidies could only be justified if the government would commit funds realised from the subsidies to development projects.

“If we remove the subsidies and save the money, where will it go?” he asked.

He said in the absence of that the subsidy should be maintained.

He also argued that the present situation was not benefitting the vulnerable but rather the rich and smugglers.

“Ghana is one of the countries with the cheapest fuel prices and the smugglers are taking advantage of that. In the end, we are subsidising the economies of other countries.”

The government's decision to remove petroleum subsidies late in 2011 caused uproar with the Trades Union Congress, civil society organisations and the opposition parties leading the crusade against it.

Similar actions in Nigeria brought that country to a standstill as the labour front and civil society organisations took to the streets to demonstrate until the subsidies were restored.