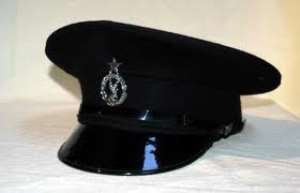 Accra Feb.11, GNA- An Accra Circuit Court on Monday handed down 30 years jail term each on two policemen on the charges of conspiracy to rob and robbery.

The cops, Lance Corporal Reuben Addison was stationed at the Achimota Terminal and his accomplice Constable Edward Opoku who was at the Armoured Car Squadron were to serve 10 years each on charge of conspiracy to rob and 30 years each on the charge of robbery.

The  sentences were to run concurrently. Constable Opoku was on interdiction when the incident occurred.

The two cops were accused of robbing a businessman, Mr Faisal Tahiru and Nii Appiah, a motor rider of GH¢37,370 cedis at the Industrial Area in Accra on February 7, 2011.

They pleaded not guilty to the charges but at the end of the trial, the court presided over by Mr Francis Obiri found them guilty and convicted them accordingly.

The facts as presented by Ms Sarpong were that the complainants were Faisal Tahiru and Nii Appiah. On February 7, 2011, Mr Tahiru collected cash in the sum of GH¢ 37,370 cedis from his brother in Accra Central and put same in a polythene bag.

Prosecution said Mr Tahiru hired a motor bike ridden by Nii Appiah to Abeka Lapaz to transact business. On reaching the Lake Side Clinic, Mr Tahiru had a phone call so he asked Nii Appiah to stop so he could receive the call.

Ms Sarpong said moments later, a certain man rushed on Mr Tahiru with a pistol and asked him to surrender the bag.

Before Mr Tahiru could answer the man, prosecution said Lance Corporal Addison who was in police uniform accompanied by Constable Opoku arrived in an unregistered Nissan private car and dragged Mr Tahiru and Nii Appiah into it and sped off to Achimota Police Station.

Prosecution said on their way the convicts stopped and pushed Nii Appiah, the motor rider out and took a different route to Awoshie.

On reaching a spot at Oblogo, the engine of the car stopped and Mr Tahiru shouted for help. This attracted people to the scene and the two convicts were arrested and sent to the Weija Police Station together with Mr Tahiru. An accomplice, who had a gun on him however escaped.

Prosecution said GH¢29,390 cedis and the unregistered vehicle were retrieved from the vehicle.

Further investigations revealed that Lance Corporal Opoku stole GH¢ 3,800 cedis and hid it in a take away box and attempted to flush it when he was arrested.

During the trial prosecution called four witnesses to make out their case but the convicts did not call any.

In their defence, Constable Opoku told the court that he was in the house when he had a call from his accomplice to accompany him to the Melcom Shop to purchase a flat screen television.

However, on their way they saw a group of people talking about the activities of some persons who attempted to change fake money and decided to send them to the Achimota Police Station.

Handing the sentence, the court described them as a disgrace to their family, the nation and the Ghana Police Service.

The court said their behaviour casted a slur on their profession noting that their defence was 'Wishy washy, full of inconsistencies and without any merit.'

It further noted that their defence was an afterthought and raised questions as to why the convicts after arresting the complainants indicated that they were sending him (complainant) to the Achimota Police Station but ended up at a refuse damp at Oblogo in Accra.

It was of the view that the convicts wanted to cover up hence they decided to use an unregistered vehicle to arrest Mr Tahiru but pushed Nii Appiah out of the vehicle whiles on their way to the Achimota Police Station.

The court said before sentencing that  it also took into consideration the degree of the crime committed, the ascendancy of the crime and other mitigating factors.

According to the court, robbery had become a national issue and its ascendancy was making it difficult for citizens to sleep because of the fear associated with it.

'The offence is more serious when it is perpetrated by policemen,' it added.

Mr George Asamani, counsel for the convicts earlier prayed the court to deal leniently with his clients as they were first offenders.

Ms Winifred Sarpong, an Assistant State Attorney, who prosecuted, prayed the court to take into consideration the offices occupied by the convicts previously.