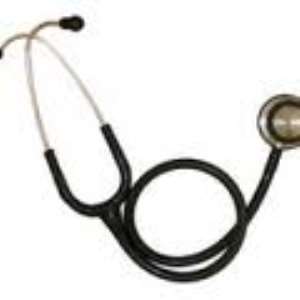 Accra, Feb. 11, GNA - Doctors at Mamobi General Hospital in Accra on Monday defied the directives of the Ghana Medical Association (GMA) to embark on a nationwide strike.

A visit by the Ghana News Agency (GNA) to the Hospital revealed that doctors were working and serving patients including those at the Out Patient Department.

Dr Mildred B. Kumassah Medical Director of the Hospital confirmed to the GNA in an interview that all doctors who were scheduled to work on Monday were at post and attending to patients.

She said, doctors at the Hospital were however not against the strike and some might join  if possible.

She however gave the assurance that authorities at the medical facility had put in place measures to deal with emergency cases in the event that some of their doctors decided to join the strike.

'Authorities at the Mamobi General Hospital have the human being at heart and we will make sure any patient who will visit us in the cause of the impending strike will be served,' she assured.

She has however appealed to the Government to address the concerns raised by members of the GMA so that they would call off their strike.

Dr Kumassah appealed to the Government to help improve infrastructure at the Hospital.

She told the GNA that ever since the polyclinic was raised to a general hospital, it is yet to be given the needed infrastructure to befit its new status.

The Hospital serves 700 patients a day during peak time.

'Apart from our infrastructural deficit, the Mamobi Hospital has a problem with water and electricity and we also need specialists in all areas and we are appealing to the Government to come to our aid,' she said.

The GMA set February 11, to begin a nationwide strike to back demands for concerns relating to the placement of members on the Single Spine Salary Structure.