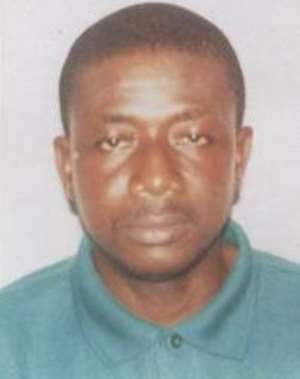 The Operation Based Team Leader of WVI in charge of Upper East Region, Mrs. Benedicta Pealore recently conducted its partners, donors and some newsmen around some of the project sites in some of its operational areas in the Region.

Some of the areas the team visited included Bongo Soe, Gorugu and Dua in the Bongo District and Zingadoone in the Kassena-Nankana East District. At Bongo Soe where WVI is supporting 400 women in shea butter processing, some of the women were seen going through stages of shea nut processing including washing the nuts, crashing, doing thorough mixing and packaging among others.

Speaking to this writer in an exclusive interview, the Secretary of the Bongo Soe Sheanut women group, Mrs Gifty Atia said the group was formed between 1996 and 1997 when WVI was then working in the area, and supported them to construct the building for sheanut processing and also bought them crushing machines.  WVI, she noted, also provided capacity building in the area of sheanut processing, book keeping and management.

'WVI did not leave us there, it also worked towards linking us to a marketer in the United Kingdom where we are able to sell our products after processing'

According to the secretary, the group sells 160 tons of sheabutter annually and is able to make minimum sales of GHc46,000, out of which they are able to maximize 50 per cent profit.

This, she noted, had empowered the group to open a bank account in the Region.

Through the profit, members of the group who hitherto could not pay their wards school fees, their National Health Insurance (NHIS) registration fees and support their families, are now empowered to discharge these duties.

The livelihoods and socializations of the women have improved tremendously.

'Majority of us through the processing plant have been able to cater for our children up to the tertiary levels and are still catering for more.', the Secretary of the group stressed.

Mrs Atia said one of the greatest success stories of the WVI's livelihood intervention programmes was that for lack of jobs, particularly during the dry seasons, most of the women in the area previously had to travel to southern Ghana in search of menial jobs such as pounding of 'fufu' and washing of bowls at chop bars, doing head porters job and most often returned home with diseases and sometimes resulted in divorce.

'But for the intervention of WVI, this negative phenomenon will have still continued in our society. We thank WVI for improving our livelihood greatly.'

At Dua where WVI has initiated a drip irrigation project for the Community, the farmers who were mainly women could not hide their joy when the team met them.

They sang praise songs signifying that had it not been for WVI they would have gone to the south to search for menial jobs.

The women were seen irrigating their cropped farms including vegetables such as tomatoes, okro 'alefe ', 'bitor' and rice among others.

Briefing the team here, the Assembly woman for the area, Mrs Justina Bukari indicated that 40 farmers made up of 20 women and 20 men were farming under the drip irrigation farm and stated that through the proceeds from the drip irrigation project, majority of the women farmers had gone into animal rearing including goats, sheep and poultry.

Apart from that, she said the women were able to sell their vegetables particularly on market days to support the upkeep of their families including the payment of their wards' school fees and the NHIS.

'Rural-urban migration which used to be rampant in this area has also reduced drastically.

We are very grateful to WVI and appeal to them to expand the project by extending it to other parts of the community for them to also benefit', the Assembly woman added.

'As at now I am rearing animals through the proceeds I got from the drip irrigation project.

I have been able to also support my two children who have completed the Senior High School all through the proceeds from the drip irrigation', she noted.

At the Gurogu community where WVI has instituted another drip irrigation project which engages about 80 farmers made up of 40 women and 40 men, the situation was not different as most of the beneficiaries expressed similar sentiments like those of the Dua Community.

Mary Anafonga, a student who completed the Bongo Senior High School at Gurogu and could not further her education due to financial difficulties said through the facility she was making savings and hoped to continue her education next year, and entreated WVI to expand the project to cater for more people in the community.

At Zingadoone where the team witnessed the drilling of boreholes for the community the people, particularly the women, could not hide their joy and one would naturally understand their happiness because when it comes to getting potable water for the home it is women who carry most of the burden, sometimes having to commute long distances with their babies on their back whilst carrying water in basins.

Bongo was one of its initial operational areas since the 1990s but WVI weaned it off two years ago even though it still monitors activities there.

Undoubtedly, the impact of WVI's contribution in complementing government's efforts at improving the livelihoods of people particularly women and children in the three northern regions has been enormous.

In fact, the NGO needs a pat on the shoulder considering the transformation it has brought in its operational areas.

For instance in the Talensi-Nabdam District, the Farmer Managed Natural Regeneration (FMNR) project which was aimed at combating desertification and environmental degradation has made a positive impact on the lives of people in the area.

Based on this success the FMNR is being replicated in all WVI operational areas while other stakeholders have also embraced the concept.

Just like the WVI partners from United States who were led by Jessica Ohisen and Dr Harry L Thomas to Ghana to monitor things on the ground and to see whether their money was properly utilized, other donors should also take a cue by visiting those NGOs they support in the country with funds to see how their funds are being used.

It is important to mention that the three poverty endemic regions in Ghana, namely Northern, Upper East and Upper West Regions need interventions from NGOs to complement government's efforts in reducing the incidence of poverty.

It is sad to note, however, that many NGOs are rather cheating the people by not implementing programmes and projects and squandering money acquired from donors for that purpose.

It is high time Government and  Civil Society Organizations mapped out strategies to wipe out corrupt NGO leaders who do not seek the welfare the people but are only interested in lining their own pockets.

In the case of WVI, the projects and programmes are crystal clear on the ground and have visibly transformed peoples' lives particularly those of women and children.

NGOs that are not living up to expectation must take a cue from WVI.